Imagine you've been hungry for the past four years. When the bombing isn't too bad, you can grow a little spinach and beans, and sometimes some smuggled lentils or rice get past the Syrian army checkpoints. But there's no milk for babies and your children have never seen a piece of fruit.

This kind of siege warfare sounds medieval, but in Syria, it is reality for hundreds of thousands of people. Most live in opposition areas, surrounded by Syrian government forces. And one of the most desperate places is Daraya, just to the southwest of the capital Damascus.

But as the circumstances grew increasingly grim this year, the government finally allowed aid to go to Daraya in May. Ravenous residents gathered to wait.

As local leader Shadi Matar explained in a Facebook call: "At the same time, [government] artillery shelling began in a very big way. Of course, it was targeting the people who had gathered to wait for the aid. That day, a man and his son were killed and about 10 people were wounded, including women and children."

The aid did not get in.

Activists say aid deliveries have also been accompanied by government bombs in other besieged areas.

The U.N. doesn't deliver aid without permission from the Syrian government, and says most of its requests are denied. A Syrian government spokeswoman recently said that nobody in Daraya is starving, and that the area is known for its fertile land.

"Daraya is the food basket of Damascus. There's nobody starving in Daraya," spokeswoman Bouthaina Shaaban said from Syria, via Skype, to a news conference being held in Washington, D.C., in June. "The Syrian people can feed themselves."

However, the charity Doctors Without Borders says dozens of Syrians starved to death waiting for aid in the town of Madaya last year.

"We are acutely aware we are only alleviating suffering," said Jan Egeland, who is advising the humanitarian wing of the International Syria Support Group, a collection of international leaders trying to resolve the Syrian conflict. "Besiegement is continuing; it should never be there in the first place for civilians, neither in terms of blocking humanitarian assistance nor movement of civilians. It belongs in the Middle Ages, not in our time."

Some even say that by limiting or denying access, the Syrian government is using aid as a weapon.

"Aid is now used as a very effective tool by the regime, to control certain areas, to reward certain areas by allowing aid through and to punish other areas by laying siege on them and preventing aid from passing through," said Roger Hearn, who used to head a U.N. agency that assists the many Palestinian refugees in Syria.

Daraya is a rebellious area, a conflict zone where rebels have faced off against government forces for four years. The fighters say they number 1,000, and that they are part of a moderate rebel alliance. They deny striking civilian areas of Damascus, though people close to the opposition, speaking anonymously out of concern for their security, said it is likely that they do.

But when the U.N. sent a fact-finding mission to Daraya in May, officials were followed around by crowds of hundreds of civilians — including malnourished women and children. The U.N. estimates there are at least 4,000 civilians still there. Residents and activists say it is 8,000. These are the few who remain from a city that numbered as many as 200,000 before an uprising was crushed in 2012.

The charity Save the Children also says it hears reports that children need medical help because years of living in dark basements under airstrikes is damaging their sight and hearing.

After the May aid convoy was turned back due to shelling, Daraya residents buried the dead and waited. Negotiations continued. Then, three vehicles with aid entered on June 9, but the community was underwhelmed.

"There was very little milk for the children. The vehicles weren't even full," said Matar, the local leader.

There was some food, but there were also tents, not necessary for people living in their basements. The assistance included plates and bowls, which residents already have. More aid came the next day, but by then there was a hail of regime bombardments.

"Of course, this discouraged families from emerging and coming to ask about the aid distribution. And the distribution team couldn't work," said Matar.

So the flour and rice and chickpeas stayed where they were for days, just inside the city, And the people of Daraya stayed hungry. Since then, residents say they have been hit with more than 500 of the crude weapons known as barrel bombs. After all those negotiations, Matar says Daraya got more kilograms of explosives than of aid.

This week, Syrian armed forces began a fresh assault on the area. 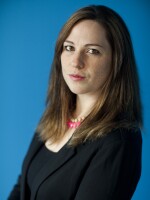 Alice Fordham
Alice Fordham is an NPR International Correspondent based in Beirut, Lebanon.
Sign up for our newsletters!
Keep up with all the latest news, arts and culture, and TV highlights from KPBS.
LATEST IN PODCASTS
LATEST IN EVENTS
LATEST IN TV HIGHLIGHTS
More News