We're going to turn now to check in on three countries where leaders had, at some point, claimed to have the right strategy to contain the coronavirus only to see the pandemic take a larger toll than they had anticipated. For that, we are joined now by NPR's Daniel Estrin in Israel, NPR's South America correspondent Philip Reeves, who covers Brazil, and reporter Maddy Savage in Sweden.

So, Maddy, I'm going to start with you. Early on, Sweden took an approach to this pandemic that was just different from that of most similarly situated countries - so social distancing, yes, but no shutdown of the economy, hoping that as part of the process, the country would achieve some sort of herd immunity. How did that turn out?

MADDY SAVAGE, BYLINE: Yeah. There's no getting away from the fact that Sweden ended up with a death rate several times higher than its Nordic neighbors - looking at the latest figures from John Hopkins University (ph), 54 deaths per 100,000 people. That's ahead of the U.S., where it's 40 deaths per 100,000 people. But if you compare it to other European countries like the U.K., Italy, Spain or Belgium, who all had strict lockdowns, their figures are worst.

I think where Sweden really failed was in its strategy to protect the elderly, the most vulnerable. Fifty percent of deaths have taken place in care homes. And in terms of the herd immunity, it wasn't the overall goal, but it was something that scientists predicted would happen. And we aren't seeing very high levels of antibodies in the population here. And we're also seeing more science and research suggesting that it's unclear what will happen in the future with those who do have antibodies.

MARTIN: So are Swedish leaders acknowledging that they didn't get their strategy quite right?

SAVAGE: Swedish leaders have admitted that things went wrong in terms of the death toll, specifically in elderly care homes. But I think what's important to point out here is that it's the public authorities, the scientists employed by the state - they've really been the front - the forefront of this crisis. And there wasn't a huge amount of political debate at the beginning.

But as the death toll has turned out to be a lot higher than predicted, as debates have continued globally about why Sweden's been doing things differently, there started to be a lot more concern and criticism. And the Swedish government has launched a coronavirus commission to look into how things were dealt with at a local, regional and national level.

MARTIN: So, meanwhile in Brazil, President Jair Bolsonaro has been downplaying the threat from COVID-19 from the beginning. And yet, the virus has hit the country very hard. And this week, Bolsonaro himself tested positive. So, Philip, what's been the reaction to that development?

PHILIP REEVES, BYLINE: Well, it wasn't really a surprise. As you mentioned, I mean, he's made a point of flamboyantly ignoring social distancing. Not only that - actually subverting it. Even when he went live on TV this week to confirm that he'd tested positive, he took his mask off. His opponents see the fact that he's now infected as proof that he's reckless and irresponsible, a danger to people's lives and entirely incapable of handling this crisis. But there's also some speculation that Bolsonaro might try to turn this to his advantage.

If it turns out that he only has light symptoms and he emerges relatively unscathed, he could use himself as an example that, you know, what he's been saying all along is true - that regardless of the fact that COVID-19 has killed more than 70,000 Brazilians so far, that this virus really isn't all that serious and that most people will be fine, especially if they're like him, fit and healthy, and especially if they take hydroxychloroquine, a drug that he ardently believes in, even though most medical experts, not to mention the World Health Organization, do not.

MARTIN: And what about the economy in Brazil? Brazil has one of the largest economies in Latin America. How has the pandemic affected that?

REEVES: Well, Michel, the country's facing the deepest recession since records began. The Brazilian government's pouring in billions to avert collapse. A chunk of that's going on emergency payments to support low-paid informal workers. There are some 50 - 40 million of these. They have - many of them haven't been earning a dime in the last few months.

So, Daniel, could you pick it up from there? What's the latest?

DANIEL ESTRIN, BYLINE: Well, Israel has one of the world's fastest infection rates at the moment. In just one month, Israel went from around a hundred cases a day to a thousand cases a day. It's really a remarkable reversal because at the start of the pandemic, Prime Minister Benjamin Netanyahu was praised. He imposed lockdowns. He flattened the curve. He shut down Israel's borders very quickly. And his performance, his handling of the pandemic, helped him secure a new term in office.

The problem was that he opened Israel too quickly. He allowed big wedding parties, and that drove up infections this summer. And now Israelis are looking towards Europe, and they're seeing Europeans starting to open up, starting to travel within the EU. And they're jealous because the EU doesn't want Israeli tourists now. And unemployment is at 20%, so Israelis are really not happy.

MARTIN: And, Daniel, you also cover the Palestinian territories. What about the situation there? Does it mirror that in Israel?

ESTRIN: It does. Palestinians also relaxed their lockdowns in the West Bank, and then cases shot up. And officials there say that about 80% of the new cases came from weddings and funerals.

The first wave of cases this winter was, in large part due, to Palestinian day laborers working in Israel and catching the virus in Israel. This current wave is inside the West Bank itself, and these infections coming from weddings, mostly from this one area, Hebron, where there have been these enormous weddings with, like, 3- or 4,000 guests at each wedding, which is the tradition there. And now wedding parties are banned in the West Bank and also in Israel.

MARTIN: So let's go back to Sweden now. Maddy, you were telling us that the response in Sweden really was led by health authorities. It had not been politicized to this point. Now, as I understand it, the health minister is warning about a second surge of COVID cases. Are the authorities there considering changing tack and perhaps taking the measures that other countries took, like locking the country down?

SAVAGE: I think from all the press conferences I've watched and debates that have been had here, I think it's very unlikely that Sweden will go into a strict lockdown because the whole point of its measures, its strategy, was to change social behaviors to last in the long term. It wanted to avoid the effects of going in and out of lockdown.

But I think a lot will depend on how Swedes behave in the coming months. It's summertime here, as in North America. Travel restrictions have recently been lifted so that people can go everywhere. They've been told not to mingle, not to make new friends while they're on holiday.

But some of those concerns from the health minister have come from the fact that it's been reported not all people are doing that, especially in hot spots for holiday-makers, especially amongst young people. So I think whether there is a second wave will partly depend on that.

REEVES: It's difficult to answer that question because there's been no coordinated national response to this pandemic. You know, since the pandemic began, Bolsonaro's lost two health ministers. They disagreed with his approach. Now he's got an army general standing in in that job. He has stuck to his line, which is that the cure - locking down the economy - does more damage than the illness itself.

But the line taken by Brazil's governors and mayors is different, and they are the ones who matter in many ways because they're the ones legally empowered to enforce quarantines. At the beginning, they closed towns and cities and urged everyone who was able to to stay home. Now they're opening up again, and they're doing that even though the virus in roughly a third of Brazil's states is getting worse.

MARTIN: And finally, Daniel, are the Israeli and Palestinian officials taking any steps to try to keep this new surge in cases from continuing to grow?

ESTRIN: Yes. Palestinian officials have imposed a total lockdown again. So they've closed businesses, and the economy is really hurting in the West Bank. Palestinian officials also can't really provide a good stimulus program to help people. And in Israel, there are local lockdowns of areas with outbreaks. I was just driving by a whole neighborhood in Jerusalem that's closed off with police tape. And all gyms and bars are closed, events are called off.

But there's another problem that Prime Minister Netanyahu's dealing with, which is that a recent poll shows that Israelis are losing trust in his ability to handle the pandemic and to help the economy because for the last month, while cases were rising, he was doing something very different. He was talking with the White House about annexing parts of the occupied West Bank this month.

And that didn't happen. And Israelis didn't really care about that issue much anyway because 20% of them are unemployed. And this evening, unemployed Israelis are staging a big demonstration right here in Tel Aviv, where I am. And Netanyahu hurried to promise them a new stimulus program. He met with protest organizers. But they're going on with this demonstration. And so Netanyahu now is focused on trying to block a protest movement against him.

Thank you all so much for talking to us today. 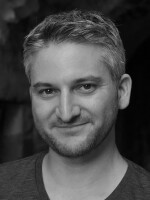