Both Pyongyang and Seoul hailed the move as a step toward healing strained ties between the rival states, although neither side suggested the move could lead to another round of summitry or progress in stalled nuclear negotiations between Pyongyang and Washington.

"We hope that inter-Korean communications are never again suspended," Lee Jong-joo, spokesperson for the south's Unification Ministry, in charge of inter-Korean relations, told reporters this morning, "and that we can discuss various inter-Korean issues and implement agreements through the restored channels."

"Now, the whole Korean nation desires to see north-south relations recover from setbacks and stagnation as early as possible," added a report from the north's Korean Central News Agency. The leaders of the two Koreas, it said, "agreed to make a big stride in restoring mutual trust and promoting reconciliation."

The incident shed light on how the two rival states communicate across the heavily fortified Demilitarized Zone, or DMZ.

The South's Yonhap News Agency reports that there are five known hotlines between the two Koreas. They connect the two countries' leaders, militaries, spy agencies and agencies in charge of inter-Korean relations.

Normally, military and inter-Korean affairs officials check in by phone each morning and afternoon. All lines were severed last year except for the line between the intelligence agencies.

The severing of ties in June of 2020 was bitter, but also theatrical. The North blew up a liaison office in the northern city of Kaesong, which functioned as a de facto embassy, and accused the South of treacherously allowing defectors and dissidents to send anti-Pyongyang leaflets over the border into the North.

Pyongyang also staged several ballistic missile tests, although it has held off on testing nuclear weapons and strategic missiles since 2017. As recently as March, Kim Jong Un's sister Kim Yo Jong maligned Moon as a "parrot" repeating what she called the U.S.' "gangster-like logic."

If North Korea watchers are not exactly gushing optimism at the revived inter-Korean communications, it's probably because they've seen too many cycles of détente and diplomacy, followed by stalemate and then military provocations by the North.

Lee Ho-ryung, a researcher at the Korea Institute for Defense Analyses, a think tank under the Ministry of National Defense in Seoul, has seen plenty of such cycles, but she believes this time is different.

In addition to the combination of international sanctions and chronic food shortages with which North Korea is perpetually struggling, the coronavirus pandemic has seen its borders shut, and domestic travel drastically limited, due to anti-virus measures, and an exodus of most diplomats and international aid agencies from Pyongyang.

The decision to reach out to Seoul, Lee says, is "based on the judgment that South Korea is the only country that North Korea can reach out to and still save face."

North Korea is of course also aware that Moon is determined to revive diplomacy with North Korea, as he seeks to cement his legacy during the final year of his five-year term of office.

Lee adds that "during the pandemic, the [North Korean] military's role has expanded throughout North Korean society." Soldiers have been ordered to help fight the pandemic, farm fields and build housing, she says, all to keep livelihoods and society stable. "As a result, North Korea can no longer use strategic provocations for leverage in negotiations, as it did in 2016 and 2017."

Her conclusion: "Even though North Korea has restored inter-Korean communication channels, I don't think there will be any major change to their basic external policies or inter-Korean policies."

That implies that a resumption of stalled nuclear talks with the U.S. does not appear in the cards, at least for now. Despite the Biden administration's repeated offers of dialogue without preconditions, Pyongyang appears unimpressed.

"We are not considering even the possibility of any contact with the U.S., let alone having it, which would get us nowhere, only taking up precious time," Foreign Minister Ri Son Gwon was quoted by state media as saying last month. 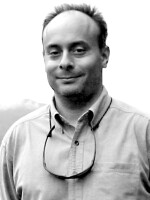 Anthony Kuhn
Anthony Kuhn is NPR's correspondent based in Seoul, South Korea, reporting on the Korean Peninsula, Japan, and the great diversity of Asia's countries and cultures. Before moving to Seoul in 2018, he traveled to the region to cover major stories including the North Korean nuclear crisis and the Fukushima earthquake and nuclear disaster.
Sign up for our newsletters!
Keep up with all the latest news, arts and culture, and TV highlights from KPBS.
LATEST IN PODCASTS
LATEST IN EVENTS
LATEST IN TV HIGHLIGHTS
More News