Midterm Election roundup: The state and local races that have been called so far

Polls closed in the 2022 Midterm Election last night, and final tallies will be trickling in over the next few days. Many races are still too close to call, both locally and nationally. On Wednesday the balance of power in the House tipped to the Republican side and so far several key races in the state have been called.

Here's a roundup of some of the key statewide races and ballot propositions that have been called so far. To stay updated on results as they come in, you can see live updates on every race at the KPBS Voter Hub.

Gov. Gavin Newsom, D-CA, cruised to an easy victory Tuesday night against Republican state Senator Brian Dahle, just over a year after beating back the 2021 recall election. Now that his final term as governor is secured, the question many are asking is if he has his eyes on the White House next.

Democrat Alex Padilla was appointed to represent California in the U.S. Senate in 2021 by Gov. Newsom to fill the seat vacated by Kamala Harris when she became vice president. Now, voters have decided to keep him in the position for a full term, electing Padilla over his Republican challenger, Mark Meuser.

Democrat Malia Cohen has won the race for California controller, beating out Lahnee Chen, a Republican who gave his party its best shot in years to end its losing streak in statewide elections. Cohen will become the state’s first Black controller.

Californians decided to make a new amendment to the California Constitution, enshrining the rights to abortion and contraception as fundamental rights. Abortion became a key issue in this election in response to the Supreme Court's decision to overturn Roe v. Wade, and so far at least three other states have voted to protect abortion rights as well.

Voters approved this measure that will set aside up to $1 billion per year in funding for art and music education. Currently only a quarter of public schools in California have a full-time art or music teacher, so this could be a big boost for arts education.

A measure that would have required dialysis clinics to have a doctor, nurse practitioner or physicians’ assistant present during treatment has been rejected by voters. This is the third election in a row that this measure has appeared on the ballot and met with defeat, but its supporters have vowed to continue their efforts.

Voters rejected this measure, which would have imposed a new income tax on millionaires to provide funding for programs to help people buy electric cars. While this was supported by many environmental groups and endorsed by the California Democratic Party, Gov. Newsom opposed it.

Voters decided to allow a ban on flavored tobacco products like vape pens, menthol cigarettes and chewing tobacco. A law banning sales of flavored tobacco had been passed two years ago, but the ban had been blocked from taking effect due to this referendum, which was largely funded by tobacco companies hoping to overturn the law.

Kelly Martinez was elected the first female Sheriff of San Diego County after her opponent John Hemmerling conceded on Nov. 14. Martinez has already appointed a new undersheriff and assistant sheriff and community leaders and advocates are “cautiously optimistic” to work with the sheriff-elect.

Voters decided to exclude the Midway District from the city's 30-foot coastal height limit. This is the second time voters have approved such a measure. In 2020, Measure E passed with 56% of the vote. Now that the measure is approved, the height limits in Midway will revert to those that correspond with each property's zoning.

Too close to call

Many, many other races are still undecided. Here's a quick list of some major San Diego County races that remain too close to call: 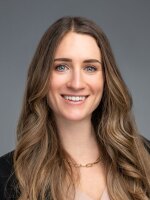