The Battle of the Wilderness has given way to a battle over a Wal-Mart.

The discount giant wants to build a super store in Orange County, Va., near where a portion of the key 1864 Civil War battle was fought — on top of a hill that overlooks grassy fields and dense woods.

Wal-Mart says it's not building on actual battlefield land. Its store would be on the edge, outside the national park.

Preservationists disagree. They say the proposed site might not be where actual fighting occurred, but it's where a lot of war activity took place, such as where armies ran medical teams and reinforcements up and down.

The importance of the Battle of the Wilderness — where Grant first met Lee head on — might have been obscured by time. But for many of the folks fighting over the Wal-Mart, the Civil War is in their blood.

The Battle of the Wilderness is a turning point in Civil War history. It's the beginning of the end for the Confederacy. Grant decided to keep moving ... and he was going to keep fighting until this war was over."

Craig Rains, a local Civil War preservationist fighting against the Wal-Mart, had great-grandfathers on both sides of the conflict.

Zack Burkett, a county supervisor, is fighting for the Wal-Mart.

And then there's Russ Smith, a national park ranger who takes care of the battlefield. He's also against the Wal-Mart.

"His name was James Leatherbury. He was a great-great-uncle," Smith says. "He was here with Second Delaware, the crazy Delawares."

A lot of people in Orange County live and breathe the Civil War. Rains says he can't remember a time when the war wasn't a part of his life.

"In my high school yearbook, my hobbies were playing the guitar and studying Civil War history," he says.

The Battle Of The Wilderness

The Battle of the Wilderness was the first official face-off for the Confederacy's grey eminence, Gen. Robert E. Lee, and the Union's cigar-chomping bulldog, Gen. Ulysses S. Grant. It was May 1864. The forest was so dense, troops couldn't see their enemy until they were almost face to face. The intense fighting set the trees on fire, and soldiers who were shot too badly to move ended up burning alive in the forest.

"The Battle of the Wilderness is a turning point in Civil War history," Smith says. "It's the beginning of the end for the Confederacy."

Smith has been a ranger with the National Park Service for 37 years.

"This is the place, where instead of retreating, the Union Army turned south," he says. "Grant decided to keep moving ... and he was going to keep fighting until this war was over."

Less than a year after the battle, Lee and most of the Confederates surrendered at Appomattox Courthouse. Everywhere in this area, there are eerie reminders of the violent bloodshed.

A lone rock marks where legend says Confederate Gen. Thomas "Stonewall" Jackson's amputated arm is buried. He was wounded and soon died a year before the Battle of the Wilderness, during a Confederate victory at Chancellorsville.

"As far as we know, it is there — under that rock," Smith says. "We have stories of Union troops uncovering it to look at it and putting it back."

Although County Supervisor Zack Burkett is fighting for the Wal-Mart, he loves this battleground. He says sometimes he'll wander this forest for hours by himself, crying. He says he'll do it without taking any water, so he can feel the same thirst the soldiers felt. Burkett wanted to simulate what it was like running through a forest in a hail of bullets.

"I'll get some rocks, and you pretend your microphone's a rifle," he says. "You try to run through that while I throw rocks at you."

A Battle Between Friends

Just as friends were divided over the Civil War, they're divided today by the battle over Wal-Mart. Burkett and Smith have been friends for years. But if they talk for even 10 seconds, they start arguing over the Wal-Mart.

Burkett and others say having a new Wal-Mart means scalping a hill, but the store won't be on historically important battlefield land. They point out there's been a lot of development in the area already — a McDonald's, a large gas station, two strip malls and two subdivisions with more than 5,000 homes. The proposed Wal-Mart site was zoned for commercial use more than 20 years ago.

But Smith and other opponents say the store will bring 6,500 more cars to the area daily. And the store will definitely be visible from the national park, especially when trees are cleared to restore it to battlefield times.

The Orange County planning commission was supposed to decide on the Wal-Mart proposal last week, but the meeting ended in a tie after Civil War reenactors in full Confederate uniform rode in on mule and horseback to air their views. On Monday, the commission is holding a public comment meeting. 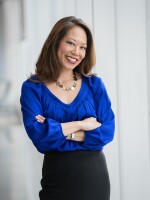 Ailsa Chang
Ailsa Chang is an award-winning journalist who hosts All Things Considered along with Ari Shapiro, Audie Cornish, and Mary Louise Kelly. She landed in public radio after practicing law for a few years.
Sign up for our newsletters!
Keep up with all the latest news, arts and culture, and TV highlights from KPBS.
LATEST IN PODCASTS
LATEST IN EVENTS
LATEST IN TV HIGHLIGHTS
Get ready to vote
What questions do you have about the Statewide General Election coming up on Nov. 8? Submit your questions here, and we'll try to answer them in our reporting.
Launch →
More News