Note: NPR's First Listen audio comes down after the album is released. However, you can still listen with the Spotify or Apple Music playlist at the bottom of the page.

In this new rap order, that frequently pits the purists against the pluralists, everyone has something to prove. Yet Royce 5'9" and DJ Premier, in the thick of their respective careers at 40 and 51, are primed to defy the ageist divide.

The duo's second collaborative album, PRhyme 2, out March 16, continues to build on hip-hop's time-honored tradition of raw beats and ill rhymes. But old man rap this is not — at least, not exclusively. The concept of PRhyme (pronounced "prime") itself is built on the concept of sonic innovation: Premier mines the sounds of one artist, exclusively — in this case, Philadelphia producer and songwriter Antman Wonder — then breaks it down and reconstructs it using his own signature, sample-based production style.

What ensues over the resulting 17-track follow-up to their 2014 debut is part history lesson, part hip-hop manifesto. From the outset, PRhyme sets the tone with "Black History." Royce 5'9" creatively weaves together his own autobio — being the thoroughbred MC, boasting a Detroit pedigree that stretches from early Eminem collaborator to one-fourth of Shady Records' mighty Slaughterhouse — with Premier's legacy as a founding member of the legendary duo Gangstarr, alongside Guru. Royce then threads it all together with the rich lineage of hip-hop.

But this is not a bitter lyricist who's come to mourn a bygone era. Even the guest list here is all-inclusive, and irrespective of regional or stylistic difference, from New York revivalists Dave East and Roc Marciano to southern lyricists Rapsody, 2 Chainz and Big K.R.I.T. The subject matter is equally diverse; Royce raps about everything from how the accessibility of social media has killed the art of flirting ("Flirt," featuring 2 Chainz) to introspective threads on his personal evolution ("Do Ya Thang").

The standout track, and perhaps the underlying theme of the album, is "Everyday Struggle," featuring Royce's artist Chavis Chandler. Titled after the divisive Complex talk show formerly co-hosted by Royce's Slaughterhouse brethren Joe Budden, the song is a bridge-builder between the current generation of lil' emcees and trill OGs.

"I had nightmares of Joe Budden arguing with Lil Yachty," he raps, referring to the divisive young artist and his appearance opposite Budden and crew on one of the most viral Everyday Struggle episodes last year. "That young man the same age my son is / he just on fire right now, same way that my gun is."

It's a mature embrace from the vet, one that counters the dismissive "mumble rap" label often applied to young artists, like Yachty, who decry tradition.

"The more balance in hip-hop, the better," Royce tells NPR Music. "When you say 'mumble rap,' who are you talking about? Rappers who can't rap that well? Because there's a such thing as being really good at what you do, but you're not a lyricist. It doesn't give me the authority to critique you as a lyricist if you're not claiming to be a lyricist. It doesn't make me an expert. It just means I do one thing; you do something else."

Their original plans for the song might've been even more groundbreaking.

"[Lil] Uzi Vert was supposed to be on it with us," Premier says. Royce originally recorded the hook heard on the song as a reference for Uzi to sing, but Uzi wanted to contribute his own hook and verse. He's poppin' right now, but he understood the concept. It just never came together schedule-wise," due to Uzi's 2017 tour schedule.

That doesn't stop PRhyme from making a statement worthy of two of the genre's ruling statesmen. "As far as years, I been out here moving for 10-plus / 'cause I'm about the youth moving, not about them against us," as Royce raps over meditative piano chords.

In an increasingly divided culture, it's a message of unity even Lil Yachty can head bop to. 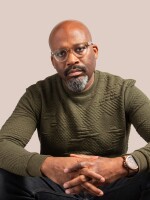 Rodney Carmichael
Rodney Carmichael is NPR Music's hip-hop staff writer. An Atlanta-bred cultural critic, he helped document the city's rise as rap's reigning capital for a decade while serving on staff as music editor, culture writer and senior writer for the defunct alt-weekly Creative Loafing.
Sign up for our newsletters!
Keep up with all the latest news, arts and culture, and TV highlights from KPBS.
LATEST IN PODCASTS
LATEST IN EVENTS
LATEST IN TV HIGHLIGHTS
Get ready to vote
What questions do you have about the Statewide General Election coming up on Nov. 8? Submit your questions here, and we'll try to answer them in our reporting.
Launch →
More News