The U.S. Department of Education is planning to make several key changes to a long-troubled student loan forgiveness program for public servants, the department announced Tuesday.

The program, Public Service Loan Forgiveness or PSLF, was mismanaged for over a decade resulting in forgiveness for only a small portion of qualifying borrowers.

"The idea was simple. Qualifying for forgiveness was not," Education Secretary Miguel Cardona said in a call with reporters. "As one teacher told me, the system was full of trap doors. If you walk through the wrong one, you're out of luck."

The department is now removing some of those trap doors.

The Biden-Harris administration had already temporarily implemented many of the changes announced on Tuesday – including expanding the types of payments that qualify for forgiveness – in a limited waiver that expires Oct. 31. Since the waiver debuted, more than 200,000 borrowers have been approved for over $14 billion in forgiveness.

The basis of PSLF is that government and nonprofit employees will have their remaining loan balances forgiven after 120 qualifying monthly payments while working full-time for a qualifying employer.

The Education Department announced it is permanently expanding what types of payments count as qualifying. Under the new regulations, borrowers can receive credit toward PSLF on payments that are made late, in installments, or in a lump sum. Prior rules would disqualify a payment if it was even a few cents short or late more than 15 days.

The department clarified that full-time employment is now defined as 30 hours per week with more specific guidelines for adjunct faculty and lecturers.

The new regulations also expand the types of situations in which it's OK for a borrower to defer or pause their payments. Before the change, deferment for things like cancer treatment or economic hardship could derail borrowers in the program.

Eligible borrowers with federal Direct Loans and Federal Family Education Loans, or FFEL, that are managed by the Education Department will see these changes applied to their accounts in July 2023, as part of a one-time account adjustment, the department said.

Borrowers who don't currently have eligible loans, including those with commercially held FFEL loans, can still benefit from these changes and the one-time account adjustment if they consolidate into Direct Loans by May 1, 2023.

The differences between the waiver and the permanent changes

Borrowers who think they qualify for PSLF should still submit an application before the limited waiver expires on Oct. 31. While Tuesday's announcement makes permanent many of the changes included in the waiver, there are a few key things going away after the waiver expires.

Normally, in order to qualify for PSLF, borrowers have to be actively employed by a nonprofit or government entity when they apply. The limited waiver provided a path for qualifying borrowers who left their field during the pandemic to still receive PSLF. When the waiver runs out, this path will close. In order to qualify while outside of public service, borrowers must submit their application before Oct. 31.

The second path going away in November is for borrowers working toward Teacher Loan Forgiveness, or TLF. Under the limited waiver, borrowers are able to count time towards both TLF and PSLF, but after Oct. 31 that will no longer be the case. 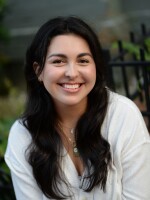 Sequoia Carrillo
Sequoia Carrillo is an assistant editor for NPR's Education Team. Along with writing, producing, and reporting for the team, she manages the Student Podcast Challenge.
Sign up for our newsletters!
Keep up with all the latest news, arts and culture, and TV highlights from KPBS.
LATEST IN PODCASTS
LATEST IN EVENTS
LATEST IN TV HIGHLIGHTS
Election 2022: Live results
Explore all national, state and local returns now.
See results →
More News