It's been more than five years since the mass shooting in a church in Sutherland Springs, Texas killed 25 people, including one pregnant person, and injured 22 others. Officials put the total death toll at 26.

A District Court ruled in 2021 that the government was 60% responsible for the massacre after shooter Devin Kelley, who was discharged from the Air Force after a felony conviction, wasn't entered into the national database that would have prevented him from buying a gun. A judge said the government also owed victims $230 million in damages.

But in court documents filed this week, the Department of Justice pushed back on paying damages and denied that they were primarily responsible for the shooting — a move that gun control advocates say not only harms victims and their families, but is also a backwards step for the Biden administration's own stance on gun control policy.

"We think that the government should hold itself accountable for its failures in this case, and I think they should provide these families with the small piece of justice they deserve," Erin Davis, senior counsel at Brady, a gun control advocacy organization, told NPR.

DOJ spokesperson Dena Iverson said in a statement that the Department of Justice remains "open to resolving the plaintiffs' claims through settlement and will continue our efforts to do so," and said the DOJ is continuing efforts at an "out-of-court resolution."

It's still possible that the DOJ could settle the case, though it has already filed an appeal, but it's not yet clear what next steps the department will take. In the meantime, many who work in the gun control advocacy space say the decision politically clouds the Biden administration's own stance on the importance of background checks.

Robert Cottrol, a professor of law at The George Washington University, said the government's default position is to defend themselves against monetary claims. But he acknowledged that the argument the DOJ is making works against the administration politically.

"I think it might make the administration's position politically more difficult," Cottrol said.

Jamal Alsaffar, the attorney representing the Sutherland Springs victims and their families, said that by appealing the ruling from the district judge, the DOJ is playing into the National Rifle Association's hands.

"If the DOJ wins, we have substantially weakened the ability to enforce background check laws," Alsaffar said.

The NRA's legislative arm released a statement saying the lawsuit "forced the government to admit inconvenient truths about the limitations of gun control."

The NRA said it was "significant" that the Justice Department has argued that a background check on the shooter may not have stopped the shooting, and argued that the Air Force could not have known that the shooter had the potential to commit such a crime.

"Both those admissions essentially negate any further claims by the Biden Administration that firearm background checks have any essential role to play in public safety," the NRA wrote.

"The Biden DOJ is walking right into the NRA's trap," Alsaffar said. "Why the DOJ wants to undermine the very most important element of the Biden administration's gun safety policy is beyond me."

White House Press Secretary Karine Jean Pierre, when asked about the DOJ's decision to appeal on Friday, referred questions to the Justice Department. But she added that Biden "continues to be committed on making sure that we address an issue that is affecting families across the country, communities across the country, which is gun violence."

President Biden has not commented on the case either, but has, several times, spoken about what he sees as the effectiveness of background checks. Early last year, for example, he said they help make sure "the people who are not allowed to have a gun, don't get the gun in the first place." And last summer he signed a bipartisan billthat would expand background checks.

"They've got to be held responsible for the things that they do that are irresponsible," Biden said.

The DOJ has said in the appeal they filed that in the case of Sutherland Springs, "the United States unequivocally does not seek to excuse the Air Force's failure to submit Kelley's fingerprints and record of conviction for inclusion in NICS databases."

But, they take issue with the ruling from the district judge that found the government mostly responsible for the attack.

But given the past settlements with victims and families from Parkland and Charleston, Alsaffar says his clients in Sutherland Springs should also get what they are owed.

"It makes zero sense on the law and the facts that the DOJ would resolve fairly with the families of Parkland and the families of the South Carolina church massacre and not even approach the same fairness... in our case," Alsaffar said. 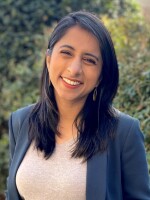 Deepa Shivaram
Deepa Shivaram is a multi-platform political reporter on NPR's Washington Desk.
Sign up for our newsletters!
Keep up with all the latest news, arts and culture, and TV highlights from KPBS.
LATEST IN PODCASTS
LATEST IN EVENTS
LATEST IN TV HIGHLIGHTS
More News