As Southern California stands on fire alert for the weekend, a small fire broke out in Valley Center earlier today.

Cal Fire facilitated the deployment of 15 engines, two fire crews, four helicopters, a bulldozer and two aircraft. After assessing the situation, a smaller team of four engines, two crews and a helicopter put out the blaze in 10 to 15 minutes, according to a Cal Fire spokeswoman.

No other fires have been reported to Cal Fire in San Diego County this weekend. 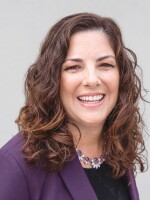 Tammy Carpowich
Tammy Carpowich served as the Senior Director for Technology & Innovation at KPBS. She oversaw the station’s IT and production departments as well as the innovation department, where she and her team developed programs to extend KPBS’ content across new platforms and technologies. Tammy held a variety of positions including communications director, editor of On Air magazine, and director of interactive strategy. She developed websites since the late ‘90s and created the innovation department from scratch in 2006. Since then, KPBS has become nationally recognized as a leader in convergence journalism and interactive technology. Tammy has earned awards for her work from the San Diego Press Club, Society of Professional Journalists, PBS, Public Relations Society of America, and others. She was one of San Diego Metropolitan's "40 Under 40" honorees and served as a board member for the Integrated Media Association (iMA).
See stories by Tammy Carpowich
Sign up for our newsletters!
Keep up with all the latest news, arts and culture, and TV highlights from KPBS.
LATEST IN PODCASTS
LATEST IN EVENTS
LATEST IN TV HIGHLIGHTS
More News