Driving a car comes with expensive gas prices, hectic traffic and parking hassles. So a record-breaking number of San Diegans are hanging up their keys and heading onto buses.

Record Number Of Riders Hop Aboard MTS Buses
A record-breaking number of San Diegans are hanging up their keys and heading onto buses.

According to San Diego’s Metropolitan Transit System, a record number of travelers rode city buses over the fiscal year that ended June 30.

MTS Spokesman Rob Schupp said the growing ridership is due to many reasons, including the improving economy.

“Our ridership really tracks with employment. When people are gainfully employed our ridership goes up,” he said.

He also credited a shifting mindset of San Diegans. Schupp said people are starting to realize the environmental impact cars have, not only regarding pollution, but also the impact on geography.

The ridership increase means buses will be added and routes expanded; the same is true for San Diego trolleys, Schupp said.

In light of the Comic-Con crush, MTS is selling commemorative trolley day passes decorated with zombies and damsels in distress. The passes can be purchased at certain trolley stations.

Schupp estimated that up to 150,000 Comic-Con goers will use the trolley in the next four days. 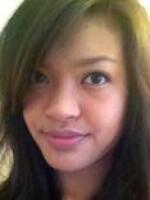 Angelina Canilao
Angelina Canilao is a senior at San Diego State University. Her major is journalism with an emphasis in public relations. Angelina has lived all over the globe, including Spain, Germany, Holland, England and Clovis, New Mexico. In her spare time she enjoys reading and spending time with her Jack Russell Terrier. Angelina is enthusiastic and looks forward to learning new things as part of the KPBS Newsroom.
See stories by Angelina Canilao
Sign up for our newsletters!
Keep up with all the latest news, arts and culture, and TV highlights from KPBS.
LATEST IN PODCASTS
LATEST IN EVENTS
LATEST IN TV HIGHLIGHTS
Get ready to vote
What questions do you have about the Statewide General Election coming up on Nov. 8? Submit your questions here, and we'll try to answer them in our reporting.
Launch →
More News