'The Taliban took our last hope': College education is banned for women in Afghanistan

On Tuesday morning, a woman called Zahra was preparing to take final exams to complete her arts degree at a university in the Afghan capital, Kabul. By evening, she was effectively expelled because of her gender, like every other female university student in Afghanistan.

The Taliban government issued a statement suspending all women from attending university, the highest level of education most Afghan girls will be able to attain is grade 6 — the final year of primary school.

A spokesman for the ministry of higher education, Ziaullah Hashmi confirmed the news to NPR and tweeted out the announcement himself with the words "important news."

"What news could be worse than this?" said Zahra in a voice message to NPR, left in response to a question about how she felt. She requested her family name not be used, fearing she'd be identified by Taliban officials. "I've been shaking with anger. I can't even cry."

"The Taliban took our last hope from us. The female students had their last exam tomorrow," she said. "But the Taliban closed the gates of university today."

One more blow to the education of girls and women

It's another move by the Taliban to halt the education for females. After the Taliban seized power in Afghanistan in August 2021, they banned most women and girls from attending high school.

While they had repeatedly promised the international community that the ban was temporary, in March the group abruptly reneged on a promise to allow most girls back to school. The decision was made so suddenly that many female students had returned to class when their teachers were forced to kick them out. Many students broke down in tears.

Taliban officials have since given an array of pretexts for the continued ban, from wanting to review the girls' curriculum to discussions over their uniforms.

But because of a quirk in the decision-making process, women were still allowed to attend university, albeit with strict conditions: They had to cover their hair and faces at all times, wear long, loose black robes and abide by strict gender segregation. It is not clear how many women were still attending university.

Earlier this month, Taliban authorities even allowed women to take university entrance exams for the next scholastic year.

It was a ruse, says Obaidullah Baheer, a Kabul-based lecturer at the American University of Afghanistan. "This ban was in the pipeline," he tells NPR. About two months ago, he says that "a rumor originated from the Taliban themselves that an edict was going to come out banning women from going to universities."

He believes that certain Taliban officials spread the rumor, hoping it would trigger international pressure that would "be enough reason for the leadership to reconsider such a ban."

Baheer's comments point to the privately expressed dismay among many mid-level Taliban officials over the continuing ban on girls' education. The ban has also been resisted by broad swaths of Afghan society, including clerics affiliated with the group who have publicly rebuked the Taliban over the decision; respected elders; high school teachers who run secret schools; and the girls themselves.

Putting the ban in context

Researchers and Western diplomats who maintain contacts with high-level Taliban officials say the ban on girls attending school came from the Taliban supreme leader, Mullah Haibatullah Akhundzada and a handful of other ultra-hardliners who surround him.

"I genuinely think that the man in charge thinks that this is what an Islamic society ought to look like," Baheer says, referring to Akhundzada. "And he had this very specific view of where women or young girls should be within the society, which is within their households. So I guess for all intents and purposes, this is a gender apartheid. This is nothing short of that."

The Taliban's move quickly triggered reactions from the international community, which has refused to recognize the Islamic group's takeover of Afghanistan.

"The U.S. condemns the Taliban's indefensible decision to ban women from universities, keep secondary schools closed to girls and continue to impose other restrictions on the ability of women and girls in Afghanistan to exercise their human rights," said State Department spokesman Ned Price in a video statement posted on Twitter.

The ban on nearly all education for women comes amid a worsening humanitarian crisis in Afghanistan. Most Afghans are skipping meals because they do not have enough money to buy food. The international community has not recognized the Taliban's rule and is still imposing sanctions on the country, which has imperiled the economy.

Western diplomats have repeatedly said that the Taliban lifting their ban on women and girls seeking education is key for discussions to begin on international recognition.

That day seems ever further away – and for women in Afghanistan, the few that had doggedly pursued higher education, so is the dream of ever continuing their studies.

"Such a decision made by Taliban has shattered my dreams," said another young woman who spoke to NPR. Warrang, who was about to finish her first year of her civil engineering degree, said she had just undertaken her final exam of the semester.

Now, she said, "everything is over for me. The only thing I wanted [was] to be educated and to be a good person in my community and to be an engineer and to serve people. But I cannot do that anymore. Life means nothing for me." 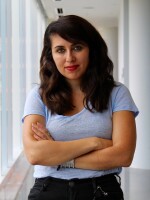