Two candidates for San Diego mayor have each raised more than $1 million so far, underscoring that this is a high stakes, high money contest. And it’s only the primary.

In the most recent campaign finance reporting period — March 18 through last Saturday, May 19, Carl DeMaio raised $372,590 and Nathan Fletcher raised $302,886. That brings their fundraising totals to about $1.6 and $1.3 million, respectively.

DeMaio continued to support his own campaign, donating $180,000 and loaning himself $39,840 during this last reporting period. This means that so far he has donated or lent himself about $740,000 in the past year.

Independent expenditure committees supporting and opposing some of the mayoral candidates have raised about $1.4 million dollars during the primary fundraising period. Such committees can spend money supporting or opposing a candidate but cannot coordinate with the candidates’ campaign committees.

The candidates are spending heavily on media buys. Fletcher reported spending about $508,000 on TV/cable airtime and production costs during the period. DeMaio spent about $650,000 on television costs.

Bob Filner, the lone Democrat in the race, raised $113,465 in cash this period, bringing his total raised to $425,856. He reported spending no money on TV airtime or production, but spent nearly $9,000 on campaign mailers.

Bonnie Dumanis’ fundraising slowed significantly during the most recent fundraising period as her campaign brought in just $50,292, which brings the amount of cash she’s raised to about $617,204. 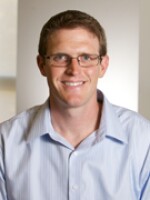