Infamous drug lord Pablo Escobar’s empire included a large family zoo. When he died, he left behind many exotic animals that were eventually relocated, except for the hippos.

Their population grew from four to more than 80 today, and they’re expected to reach the thousands in the next few decades.

UC San Diego biologist Jonathan Shurin has been working with a group of scientists from Colombia to measure the impact the large mammals are having on the environment.

“I learned about the story about the hippos," Shurin said. "There was no one doing any research on it, so I said it’s too good to pass up.”

The researchers found that the water quality in lakes where hippos deposit their waste is changing. The organic waste stimulates the production of harmful algae and bacteria. That bacteria removes oxygen from the lake, leading to possible fish die-off.

This is the first time in thousands of years that such large mammals are roaming South America, and this group of hippos is the only wild population outside of Africa.

They've also become a tourist attraction in Colombia. Shurin said a group of hippos stay by a lake with a restaurant next to it. Tourists feed them carrots to keep them around.

Shurin says there are multiple ways to manage the growing hippo population.

“So there’s sort of 3 choices,” he said. “There's do nothing, which is what’s currently being done and allow them to continue to grow. There’s catch them and either relocate them or sterilize them. In theory, if you caught all the males and sterilized them all, then the population would sort of live out their lives but they wouldn’t make any new ones. Or you go and shoot them all, which would be easy but not palatable. Most people would be bothered, that would be publicly unpopular.”

He said the local government in Colombia is unsure what it will do next. 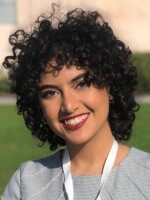 Amal Younis
Amal Younis served an assistant news producer and was the Gloria Penner Fellow at KPBS. In her role, she helped with KPBS Evening Edition and KPBS Roundtable production and editing. She was also the multimedia editor for The Daily Aztec at San Diego State University and was previously a video editor for One America News Network. Amal is Egyptian, born and raised, and moved to the United States as an international student to attend SDSU. She is currently a journalism senior who started her journalism journey in 2017 and has found a passion for broadcast journalism ever since.
See stories by Amal Younis
Sign up for our newsletters!
Keep up with all the latest news, arts and culture, and TV highlights from KPBS.
LATEST IN PODCASTS
LATEST IN EVENTS
LATEST IN TV HIGHLIGHTS
More News