The enduring image from President Bush's four-nation trip overseas will likely be from Moscow. Mr. Bush stood side-by-side with Russia's Vladimir Putin in Red Square marking the 60th anniversary of the defeat of the Nazis in World War II. But that appearance was bracketed by stops in two countries Moscow used to rule: First Latvia, and today Georgia. From the Georgian capital, Tbilisi, here's NPR's Lawrence Sheets.

(Soundbite of singing in a foreign language)

The president ended what at times was a contentious trip on a high note. Instead of the angry protests over US foreign policy that he often faces in other parts of the world, Mr. Bush got a very enthusiastic welcome here in Georgia.

SHEETS: Tens of thousands of Georgians turned out under a blazing sun in Tbilisi's Freedom Square to hear Mr. Bush speak. They waved American and Georgian flags and even chanted, `Bushy, Bushy,' as the president's last name sounds in Georgian. Mr. Bush praised Georgia's 2003 Rose Revolution, which swept a young, reform-minded leadership to power here.

President GEORGE W. BUSH: You gathered here armed with nothing but roses and the power of your convictions, and you claimed your liberty. And because you acted, Georgia is today both sovereign and free and a beacon of liberty for this region and the world.

SHEETS: The president made it clear that he chose to visit Georgia partially because of the precedent set here by that peaceful uprising.

SHEETS: And the president referred to what has become something of a doctrine for his administration. The US abandoned its support for the deeply unpopular former Georgian leadership just before the Rose Revolution ushered in a more transparent government. And Mr. Bush indicated the US would support changes elsewhere.

Pres. BUSH: Now across the Caucasus in central Asia and the broader Middle East we see this same desire for liberty burning in the hearts of young people. They are demanding their freedom, and they will have it.

SHEETS: Mr. Bush was clearly heartened by the reception here. As he concluded his speech, he was treated to a booming rendition of "The Star-Spangled Banner."

(Soundbite of "The Star-Spangled Banner")

Unidentified People: (Singing) ...we hailed at the twilight's last gleaming.

SHEETS: But the activism of the United States here in Russia's back yard has made Moscow very uncomfortable. The Kremlin sent an unusual letter of protest to the State Department over Mr. Bush's visit to Georgia, once a part of the Soviet Union but for the last decade a staunch US ally. Moscow fears that Washington intends to help topple governments across the former USSR that are still close to Russia, like that of Belarus. Indeed, Secretary of State Condoleezza Rice has called for the removal of the authoritarian president of Belarus, Aleksandr Lukashenko, a man dubbed the last dictator in Europe. Lawrence Sheets, NPR News, Tbilisi. Transcript provided by NPR, Copyright NPR. 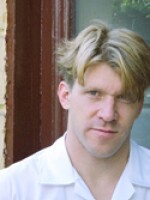 Lawrence Sheets
Lawrence Scott Sheets concentrates on covering the Caucasus region of the former Soviet Union from his base in Tbilisi, Republic of Georgia. From 2001 to 2005, Sheets was NPR’s Moscow Bureau Chief, and covered the countries of former USSR, including Russia, Ukraine, and Central Asia. Among major stories Sheets has covered for NPR have been the tragic siege of a school by a pro-Chechen separatist terror group in 2004 in which 330 mostly children were killed, the 6-week long "Orange Revolution" that brought down Ukraine’s old government in 2004, and the "Rose Revolution" in Georgia in 2003. Sheets has also reported for NPR from Iran and Afghanistan. He covered the U.S.-led war in Afghanistan during 2001 and 2002, including the bloody Taliban uprising at a fortress in Mazar e Sharif in which hundreds of people died.Sheets’ reports can be heard on NPR's , All Things Considered, Day to Day, and Weekend Edition.
Sign up for our newsletters!
Keep up with all the latest news, arts and culture, and TV highlights from KPBS.
LATEST IN PODCASTS
LATEST IN EVENTS
LATEST IN TV HIGHLIGHTS
More News