U.S. Investors, Businesses Hesitant To Set Up In Africa

President Obama arrives in Tanzania this morning. It's the last stop on an African tour that emphasized America's commercial relationship with the continent.

MONTAGNE: To underscore that message, the president has brought along American business leaders in an effort to persuade the private sector to invest in a part of the world where it's mostly been reluctant to tread.

GREGORY WARNER, BYLINE: With all the economic good news coming out of many parts of Africa, you'd think that U.S. companies would be jumping in with both feet - just as they're trying to do in say, Brazil or India.

JONATHAN BERMAN: There aren't many other places where America can go and see the kind of growth that's being experienced in Africa.

WARNER: Jonathan Berman is a senior fellow at Columbia University. He's author of the upcoming book "Success in Africa: CEO Insights from a Fast-Rising Continent." But when he talked to business leaders working in Africa, they described their American counterparts as hesitant.

BERMAN: A bit hesitant to get involved in markets where infrastructure isn't fully developed, where rule of law is not as certain as it is here, where the basic enabling environment - the environment that makes business possible - is still in formation.

WARNER: And that describes a big chunk of the African continent.

Berman cites studies saying that in many cases, American CEOs actually overestimate the risks in Africa. And that misperception has consequences, because no fast-growth region of the world stays that way forever. Eventually, Africa will have more factories, more businesses and those international commercial relationships will have formed.

NILS TCHEYAN: If U.S. companies are not here now, they're going to come in 10 years and find that other people have really taken the market.

WARNER: Nils Tcheyan is director of government relations for the Africa branch of General Electric - GE - which has been investing in Africa, and it expects big returns.

So why has most of the U.S. private sector - beyond the corporate giants like GE and Coca Cola - steered clear of this continent - especially at a time when the Chinese and other companies are arriving in droves?

TCHEYAN: Well, I put this question to Millard Arnold who works in South Africa as a director of various companies. He was born in Connecticut but he's been here 20 years. He says one thing to understand is about the Chinese companies that come here is that they're partly government owned or government financed or sometimes both.

MILLARD ARNOLD: They have state backing behind them - the state, in this case, being China.

WARNER: Because China sees other reasons for investing in Africa beyond corporate profits. It's laying claim to Africa's natural resources to fuel its own development. Whereas, American companies who come here find themselves more or less on their own.

WARNER: So an American CEO might hesitate to open up a branch in Africa because he or she feels more alone. Alone, and not just in the economic sense. Millard gives the example of say, a British businessperson who might come to South Africa.

ARNOLD: You come to Africa from Britain and there are Brits who've been here forever. It's almost as if it's like a comforting blanket for a business person who arrives here from England to meet with other British expatriates who understand him and that he can understand. That doesn't work that way for Americans here.

WARNER: So what can a U.S. president really do? Well, he cannot, like his Chinese counterpart, wave a wand and proclaim investment. He also can't conjure up an American expat community. But Jonathan Berman says, a U.S. president can do one thing that nobody else can.

BERMAN: One of the scarcest resources that our government will have is our president's own time.

WARNER: A U.S. president, Millard Arnold agrees, can do a lot just by showing up.

ARNOLD: To reassure Americans that this is a good place to come to - Africa is OK. Second thing it does is it allows American businesses to feel that their president's paying attention and that they have a friend in court if, you will.

WARNER: Arnold says that when you're doing business overseas and your president arrives in the country, government offices open doors. Contracts may suddenly come through. Life, for the expat exec, gets a little more comfortable. It might even make you want to put down roots. 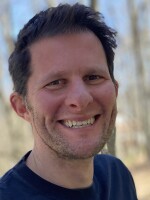 Gregory Warner
Gregory Warner is the host and creator of NPR's Rough Translation, a podcast that tells stories from far off places that hit close to home. Whether interviewing Ukrainians about the use of jokes on war's front lines, a Japanese apology broker navigating different cultural meanings of the word "sorry" or a German dating coach helping a Syrian refugee find love, Warner's storytelling approach takes us out of our echo chambers. Rough Translation has received multiple awards from the Overseas Press Club and was named one of the New York Times' top ten podcasts of 2021.
Sign up for our newsletters!
Keep up with all the latest news, arts and culture, and TV highlights from KPBS.
LATEST IN PODCASTS
LATEST IN EVENTS
LATEST IN TV HIGHLIGHTS
More News