Why Many Russians Support Putin

Now as the Russian government deals with reaction to several scandals, including today's ouster of 23 British diplomats, there is an election this weekend. Russians go to the polls tomorrow in a presidential vote that lacks surprise or excitement. Everybody expects Vladimir Putin to win a fourth term. Russia's a vast place. People do have different opinions, so NPR's Lucian Kim has been reporting from all around Russia. Lucian, thanks so much for being with us.

SIMON: It's the eve of voting day. Where have you ended up?

KIM: Right now, I'm in the town of Nizhny Tagil. It's a rather gritty industrial city in the Urals, about a thousand miles east of Moscow. And this place is generally considered a stronghold of Vladimir Putin. In fact, it's named Putingrad because of its tank factory that Putin likes to visit.

SIMON: And how representative are the views you hear there of views all across Russia and other places you've been?

KIM: Well, you know, Russia, like most countries, has this stark urban-rural divide, and Rust Belt cities like Nizhny Tagil are, you know, quite different from places like Moscow and St. Petersburg, especially when you kind of have a one factory town situation. But the idea is - almost everywhere where I've been is that there's no real alternative to Putin, even if things aren't that great.

I spoke to a 27-year-old teacher from the town of Vladimir in central Russia, and he's going into the private sector because his salary is so low. His name is Rim Averyanov.

RIM AVERYANOV: Now we got hard situation in Russia, and the only person who can solve this hard, difficult situation is Vladimir Putin. We do not have real alternatives. Candidates - they make me smile, and that's it. They are not real candidates for the president's seat.

KIM: So Scott, what surprised me most about this young man is that he said he opposes - actually opposes Putin and won't vote for him, but he thinks people like opposition leader Alexei Navalny, who isn't being allowed to run anyway, are way too liberal for Russia.

SIMON: But to what degree is at least some of the public support for Vladimir Putin absolutely genuine, because he certainly has an approval rating that most Western leaders absolutely envy?

KIM: Well, that's right. But Russia's also a country where appearances are everything, and the state - the government really plays an outside role. So most of the opinion polls we see are of some questionable value.

But in any case, Putin is just the default candidate, and people are used to him. And I have actually heard quite a lot of gratitude towards him for bringing, you know, some modest stability to Russia. Nobody that I talked to denies that there are problems in the country, but the main idea among Russians is the devil you know is better than the one you don't.

There's also a lot of skepticism regarding opposition candidates, and the general opinion is that they wouldn't be any better.

SIMON: Any surprises in tomorrow's elections?

KIM: Well, yeah. Actually, the main question is if Putin can generate the turnout to make his victory look convincing and to avoid accusations of mass vote-rigging. This is all about appearances, and Putin needs to show that he's not less popular than he was in the last elections and that he's the legitimate leader of Russia.

People in the opposition, like Alexei Navalny, they intend to document voter fraud, and their hope is - by doing that - to chip away at Putin's legitimacy and maybe even get people out on the street.

SIMON: NPR's Lucian Kim in the Urals of Russia. Thanks so much. 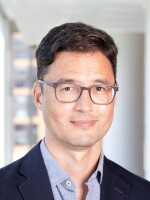 Lucian Kim
Lucian Kim is NPR's international correspondent based in Moscow. He has been reporting on Europe and the former Soviet Union for the past two decades.
Sign up for our newsletters!
Keep up with all the latest news, arts and culture, and TV highlights from KPBS.
LATEST IN PODCASTS
LATEST IN EVENTS
LATEST IN TV HIGHLIGHTS
Get ready to vote
What questions do you have about the Statewide General Election coming up on Nov. 8? Submit your questions here, and we'll try to answer them in our reporting.
Launch →
More News