Finland and Sweden have long kept a careful balance — and neutral position — between the West and Russia.

But that changed after Moscow invaded Ukraine.

On Thursday, the leaders of those two Nordic nations were at the White House, where President Biden threw his full support behind their application to join the NATO military alliance.

"Let me be clear: New members joining NATO is not a threat to any nation. It never has been. NATO's purpose is to defend against aggression. That's its purpose, to defend," President Biden said.

But that is not the way that Moscow sees it. President Vladimir Putin has long accused NATO of aggressive expansion in Europe.

Mary Elise Sarotte is a historian who has documented how NATO has grown over the years, and wrote a book called, Not One Inch: America, Russia and the Making of Post-Cold War Stalemate.

Sarotte joined All Things Considered to break down key moments and misconceptions in NATO's growth in the past decades.

This interview has been edited for length and clarity.

The Berlin Wall had come down unexpectedly on November 9, 1989, which was a remarkable, unexpected event. And as the Berlin Wall crumbled, so too did the Cold War order. So the question was, "What next?" It was clear that Germans wanted to unify. In early speculative discussions about that, the American Secretary of State James Baker said to Mikhail Gorbachev roughly the following: "How about you let your half of Germany go and we agree that NATO moves not one inch eastward?" Gorbachev couldn't actually get that pledge formalized or agreed. In September 1990, he made a different deal: He agreed to allow Germany to unify in exchange for financial incentives. But Putin only refers to the earlier speculative conversation, not to the treaty that his country signed and ratified at the end.

On the growth of NATO's footprint since 1990

There have been multiple rounds of expansion since 1990. Technically, the first post-Cold War expansion is into eastern Germany. That was an important precedent, because when you fast forward into the 1990s, the central and eastern European states want to join. That's a second controversy, because when that starts happening, Moscow, under the leadership of Boris Yeltsin, pushes back and says, "Hey, the treaty from 1990 was only about east Germany.''

Poland, Hungary, and the Czech Republic are invited and do become members in 1999. Putin was in charge by that time and he disliked that intensely, because it meant in his view that NATO was expanding into the former Soviet Union and near to his hometown, which is now called Saint Petersburg. So NATO has gone through multiple rounds of enlargement and now there's going to be another one with Sweden and with Finland.

On the 1997 agreement between Russia and NATO to address their tensions, and Putin's interpretation of it

There was a time that Mikhail Gorbachev said, "How about we merge the Warsaw Pact and NATO?" And then Boris Yeltsin also talked to President Bill Clinton about the idea of Russia joining NATO. In fact, Yeltsin even said at one point that the real problem will be China, because then China will have a NATO border.

In the May 1997 agreement, the West signed something called the NATO-Russia Founding Act, and Putin is instrumentalizing this history as well. He is drawing on a claim that Boris Yeltsin made afterwards which was wrong. But it was a public claim Boris Yeltsin made that the May 1997 agreement gave Russia a veto over NATO enlargement. It did not. Yeltsin said this publicly to appease his domestic opponents at the time. But that's another piece of history that Putin can instrumentalize. In short, Putin cherry picks history. But Putin is not interested in historical accuracy. He's interested in creating emotional support for the brutalities he's inflicting on Ukraine. 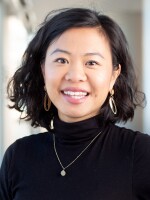 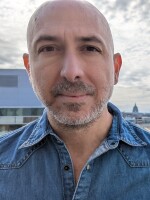 Miguel Macias
Miguel Macias is a Senior Producer at All Things Considered, where he is proud to work with a top-notch team to shape the content of the daily show.
Sign up for our newsletters!
Keep up with all the latest news, arts and culture, and TV highlights from KPBS.
LATEST IN PODCASTS
LATEST IN EVENTS
LATEST IN TV HIGHLIGHTS
More News