As President Biden's Asia trip continues, one of the region's key players is in the background but commanding a lot of attention just the same. That's North Korean leader Kim Jong Un. North Korea has conducted at least 16 missile tests so far this year, including one capable of delivering a nuclear warhead to the continental U.S. And according to U.S. intelligence, there could be more to come. We're joined now by Jenny Town, senior fellow at the Stimson Center and director of its 38 North program. Welcome.

RASCOE: So North Korea is ratcheting up its pace of missile tests. This is happening at a time of, like, high COVID rates that North Korea has admitted and food insecurity. Like, are these missile tests being done as some sort of bargaining chip?

RASCOE: We've been hearing about the possibility of an underground nuclear test. There's apparently a network of underground tunnels. What can you tell us about that?

TOWN: So North Korea has at least one known nuclear test site. This test site was technically partially dismantled back in 2018, but only the entrances to the tunnel complexes were exploded. The tunnels themselves, as far as we know, are still intact. And it looks like that North Korea, over the past couple of months, has been digging new entrances to those tunnels to be able to use them again. This doesn't necessarily mean they're going to do a test right away, but it does mean that they intend to test in the future.

RASCOE: The U.N. Security Council has sanctioned North Korea in the past over its ballistic missile tests. This has been going on since 2006. Security Council members, China and Russia, are blocking additional sanctions because they say they're ineffective. Do they have a point?

TOWN: They definitely have a point. We keep falling back on the same measures over and over. But as we've seen, yes, the sanctions have imposed costs to the North Koreans and costs that they seem to be willing to bear, but it has not changed their strategic calculus. And so now we're to the point where we've cut off a lot of the commercial trade and we've cut off access, especially to the people of North Korea, which is actually counterproductive to our overall goals.

RASCOE: You know, former President Donald Trump's dialogue with North Korean leader Kim Jong Un, it didn't amount to a change in strategy, certainly didn't amount to denuclearization. Is it possible for the Biden administration to open a more effective line of communication with North Korea? Or, like, what could the new strategy be since the current strategy hasn't seemed to work?

TOWN: First of all, with the Trump administration, we had a new approach, but we kept coming back with the same old proposition. North Korea has to do everything upfront, and that's just not the way nuclear negotiations are going to go. I think we have to recognize there is a security component to North Korea's nuclear program. It's not just for coercive purposes. And so when the security environment in Asia is getting worse and all the other countries around it are also developing and testing new missiles and going through nuclear modernization processes, it's very hard to expect North Korea to unilaterally make the decision to come back to the table and volunteer to disarm.

I think what we need to be looking at is, you know, what is in our national interest, what is in South Korea's national interest, what do we know about what the North Koreans want, and how do we create an approach that better speaks to our interests? And again, instead of going into these transactional arrangements expecting transformative results, how do we start to think about what would a transformative approach actually look like?

RASCOE: All of this is happening at the same time as the war in Ukraine. Is there any chance that North Korea could think of this timing as an opportunity to maybe strengthen ties with Russia? And obviously, North Korea's always trying to be close to China because that's its main ally.

TOWN: Absolutely. And we see this happening. The North Koreans have supported Russia politically. They were 1 of 5 countries that voted against the resolution condemning Russia's actions. And we see a lot of consultation that's still taking place during this period between North Korea and Russia and also between North Korea and China. We really do need to think about how this fits into the larger strategic goals. The way that the United States is really posing this idea of democracies against authoritarian governments, we are really going into this Cold War mentality and reforming these ideological blocs, which does benefit North Korea and it gives them greater political cover, as we've seen, for instance, at the U.N. Security Council. So if we don't want those blocs to solidify, we need to be smarter about trying to be able to cooperate and compete at the same time in a more effective way.

RASCOE: Jenny Town is senior fellow at Stimson Center. Thank you so much for joining us.

TOWN: Thank you. It was my pleasure. Transcript provided by NPR, Copyright NPR. 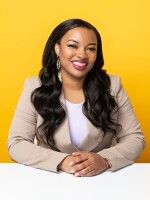 Ayesha Rascoe
Ayesha Rascoe is the host of Weekend Edition Sunday and the Saturday episodes of Up First. As host of the morning news magazine, she interviews news makers, entertainers, politicians and more about the stories that everyone is talking about or that everyone should be talking about.
Sign up for our newsletters!
Keep up with all the latest news, arts and culture, and TV highlights from KPBS.
LATEST IN PODCASTS
LATEST IN EVENTS
LATEST IN TV HIGHLIGHTS
More News