Pentagon to Release List of U.S. Military Base Closings

This is MORNING EDITION from NPR News. I'm Steve Inskeep.

Today Defense Secretary Donald Rumsfeld is expected to release his recommendations for which US military bases to downsize or close. The process of closing US military bases is politically charged because of the impact on local communities. A nine-member commission nominated by President Bush will spend the next six months holding hearings on the recommendations before making final decisions. NPR's Vicky O'Hara reports.

This is the fifth round of base closures and realignment since the process began in 1988, and this round was expected to cut the most deeply into excess military infrastructure. Secretary Rumsfeld told a Pentagon briefing yesterday the Defense Department originally estimated excess capacity at 20 to 25 percent, but later adopted a much smaller figure.

Secretary DONALD RUMSFELD (Defense Department): As it turns out, the recommendations that came to me were less than that by a substantial amount. Instead of 20 to 25, it's closer to 5 to 10 percent, I think.

O'HARA: Rumsfeld says the estimate of excess capacity was reduced because of several factors, including plans to bring home some 70,000 US forces from overseas. They will be housed at bases in the United States, which means that while some bases might be eliminated, others could grow. The Defense secretary says his department's recommendations for closure were based primarily on the value of an installation to today's military.

Sec. RUMSFELD: Indeed, military judgments have played the key role from the outset, and properly so.

O'HARA: The Defense secretary says the recommendations for closure, if ultimately accepted by Congress, would save over $48 billion over a 20-year period. Nonetheless, the base closure process is extremely unpopular on Capitol Hill, because local communities rely on the military bases for jobs and commerce. Members of Congress object to the base closure process this year for another reason. During previous rounds of closures, the nation was at peace, but this time, the US is at war. Gene Taylor is a Democratic congressman from Mississippi and a member of the House Armed Services Committee.

Representative GENE TAYLOR (Democrat, Mississippi): Quite frankly, Don Rumsfeld asked for this round of base closure in either February or March of '01, when the nation was at peace. Since then, we've gone to war in Iraq. We've gone to war in Afghanistan. We've got troops coming home from Europe. We've got troops coming home from Korea. There are a lot of things at play. I don't think this is a good time to be closing bases.

O'HARA: Congressman Taylor also questions how much input the military services actually had in the process of drawing up the recommendations for closure.

Rep. TAYLOR: There's a lot of hesitation within the uniformed ranks to cross Don Rumsfeld. I don't think that's a healthy thing.

O'HARA: Christopher Hellman, a policy analyst at the Center for Arms Control and Non-Proliferation, says the Defense Department did change the process in this round to shift decision-making away from the military services.

Mr. CHRISTOPHER HELLMAN (Center for Arms Control and Non-Proliferation): The argument being that the services tend to look out after their own interests, and Mr. Rumsfeld's position is that, you know, civilians can take a step back and say, `Look, you guys are doing essentially the same thing. We need to be able to consolidate that.'

Mr. HELLMAN: The commission, which reviews DOD's recommendations, has the power to add or delete bases from the recommended list, and in the past, they've embraced the Department of Defense's recommendations about 80 to 85 percent of the time.

O'HARA: This year, because of a rules change, it is harder than in the past for the commission to change the list. Any changes must be approved by at least seven of the nine commissioners. Once the list is finalized, the president and Congress must accept or reject it in its entirety. Vicky O'Hara, NPR News, Washington. Transcript provided by NPR, Copyright NPR. 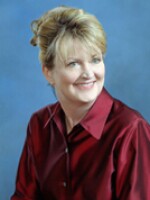 Vicky O'Hara
Victoria (Vicky) O'Hara is a diplomatic correspondent for NPR. Her coverage of the State Department and foreign policy issues can be heard on the award-winning Morning Edition, All Things Considered, and Weekend Edition as well as on NPR's newscasts.
Sign up for our newsletters!
Keep up with all the latest news, arts and culture, and TV highlights from KPBS.
LATEST IN PODCASTS
LATEST IN EVENTS
LATEST IN TV HIGHLIGHTS
More News