Friday morning was absolutely your last chance to watch a 20-story-tall space shuttle rise, pivot and speed away over the Atlantic Ocean with a crew of NASA astronauts aboard.

Hundreds of thousands of onlookers claimed their spots on the Florida coast to watch the liftoff of Atlantis. And of the shuttle program's 135 launches, Friday's was a suspenseful one.

Weather concerns threatened to keep the shuttle on the pad up until almost the final moments. And a brief, unexpected delay 31 seconds before liftoff held up the launch for two minutes as NASA technicians quickly confirmed that a venting arm had been properly retracted.

Now the suspense is all about NASA's future direction without a spaceship of its own.

Of Prowess And Prestige

Atlantis' return from its planned 12-day mission will mark both the end of the 30-year-old shuttle program and the start of what's likely to be at least a four-year gap before another U.S. rocket again rumbles off a launchpad carrying passengers.

NASA has endured such extended gaps in the past — including a nearly six-year period between the end of the Apollo program and the first shuttle launch in 1981.

Indeed, over the first half-century of spaceflight, deadly accidents and transitions between space vehicle designs frequently grounded both the U.S. and Russian space programs for months — or even years — at a time.

But those who rode into space aboard the shuttle have mixed feelings about the implications of the shuttle's retirement for the country's technological prowess and prestige.

"After this mission, we will no longer have the ability to send American astronauts into space ourselves," former astronaut Leroy Chiao lamented Thursday on All Things Considered. "And, arguably, we will no longer be the leaders in human spaceflight until we get that capability back."

Astronaut Cady Coleman, just back from an extended stay abroad the space station, was wistful, too. But she told host Melissa Block that NASA needs to refocus its staff and budget on new technology and new vehicles.

"Going further is what we're all about," Coleman said. "So it's a hard change. It's necessary. And in some ways, I think, it's OK just to take some time to grieve."

For three decades, Atlantis and its four sister ships were powerful national symbols — "a true American icon," as shuttle launch director Michael Leinbach told the crew before liftoff from the Kennedy Space Center.

But the shuttle was a gawky and fragile symbol, too. Two shuttles — Challenger in 1986 and Columbia in 2003 — were destroyed in accidents, killing 14 astronauts.

The reusable space planes also proved too expensive, complicated and dangerous to become the routine "transportation system" they were originally designed to be.

The board appointed to investigate the Columbia accident underscored that in its findings — providing the basis for the Bush administration's 2004 decision to retire the shuttle fleet after the completion of the International Space Station. The shuttle "is not inherently unsafe," the investigators said, but hobbled by design and budgetary compromises, and NASA's promise to make spaceflight cheap and routine was unfulfilled:

"Columbiaʼs failure to return home is a harsh reminder that the Space Shuttle is a developmental vehicle that operates not in routine flight but in the realm of dangerous exploration."

Retiring the shuttle program does not mean the U.S. space agency and its astronauts are actually grounded. NASA Administrator Charles Bolden, himself a four-time astronaut, made that point during a July 1 appearance at the National Press Club in Washington.

"When I hear people say, or listen to the media reports that the final shuttle flights marks the end of U.S. human spaceflight, I have to tell you, you all must be living on another planet," Bolden said.

But Bolden said the end of the shuttle program does mean the U.S. dependence on Russian rockets for access to space is likely to last until at least 2015, when a commercially developed U.S. space capsule might be ready to ferry crews to and from orbit.

The Obama administration and Congress canceled the shuttle's originally planned successor largely because it was over budget and behind schedule. But recently NASA announced that the work would still provide the foundation for a longer-term program of human exploration beyond the Earth's immediate orbit, including nearby asteroids and eventually Mars.

Those plans matter a great deal to Abby Harrison, a 14-year-old high school freshman and space blogger who plans to be the first person to set foot on Mars.

The aspiring astronaut from Minneapolis flew with her mother to Florida two months ago to see the shuttle program's penultimate liftoff in person. And she was among a crowd watching Friday's launch from a "tweetup" hosted by the Canadian Space Agency's headquarters near Montreal.

Abby noted that NASA's timeline squares perfectly with her plans for joining the astronaut corp — after she graduates from the Air Force Academy and completes advanced degrees in geology and biology.

"I'm fine with ending the program," she said, "as long as that money goes to something new." 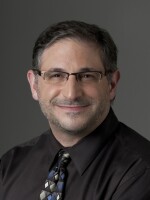 Mark Stencel
Mark Stencel is managing editor for digital news. He is responsible for overseeing the journalism on NPR's website and other platforms and gizmos.
Sign up for our newsletters!
Keep up with all the latest news, arts and culture, and TV highlights from KPBS.
LATEST IN PODCASTS
LATEST IN EVENTS
LATEST IN TV HIGHLIGHTS
Election 2022: Live results
Explore all national, state and local returns now.
See results →
More News