British singer-songwriter Sam Smith isn't shy. With a steady, well-trained swell of a voice and a knack for whipping in and out of his falsetto in a hairsbreadth, he doesn't feel the need to hide — not by stifling his vocal abilities and not by ducking beneath distracting, colorful production. But on his full-length debut, In the Lonely Hour, he proves that he can play that game when he feels like it.

The album begins busily with "Money on My Mind," with its flurry of off-beat snaps, driving drums and pulsing keys. Smith wastes no time showcasing his falsetto over the hook, defying the song's title by insisting that he actually doesn't have money on his mind: "I do it for the love," he repeats. In the Lonely Hour is brimming with love — though, as its title suggests, it's often unrequited.

In tale after tale of affection, Smith sings of longing, self-doubt, jealousy and bad habits. With an aversion to genre commitment, Smith flits deftly from power-pop ballads ("Like I Can") to grandiose soul and gospel ("Stay With Me"). The show-stopping closer, "Lay Me Down," functions as the opening track's opposite; it's simplistic in its compositional approach, and Smith takes advantage of the sparse landscape. As the song slowly builds, he deliberately releases each syllable of desire — politely but potently, asking for permission to be loved, his voice the most powerful instrument in the arrangement.

Though only 22, Smith possesses a voice well beyond his years. As he continues his search for love, it's going to be fascinating to hear how his sound evolves. 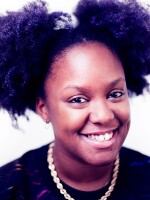 Kiana Fitzgerald
Kiana Fitzgerald is a freelance music journalist, cultural critic, and DJ. She writes for the world from deep in the heart of Texas.
Sign up for our newsletters!
Keep up with all the latest news, arts and culture, and TV highlights from KPBS.
LATEST IN PODCASTS
LATEST IN EVENTS
LATEST IN TV HIGHLIGHTS
Election 2022: Live results
Explore all national, state and local returns now.
See results →
More News