He survived a mass shooting near Highland Park 34 years ago. Now, he helps others

Another deadly mass shooting in America. Another community in mourning. Another news cycle spent discussing the gunman, the investigation, the missed signals — and most importantly, the lives lost.

But in the shadows of these stories are the survivors; those who escape mass shootings with their lives, but must find a way to manage the injuries, the memories and the trauma.

And with every new attack that makes headlines, it all comes rushing back.

"It was heartbreaking," says Phil Andrew about the Highland Park shooting on July 4. "To know that once again, in America, somebody was able to access a dangerous military assault-style weapon and rain bullets down on what should have been an enjoyable day ... shattering lives."

The Chicago suburb's annual July 4th parade ended in tragedy after a gunman opened fire on the crowd, killing seven people and injuring dozens more. The attack hit close to home for Andrew, who survived a mass shooting 34 years ago. It took place just a few miles away from the Highland Park attack at an elementary school in neighboring Winnetka, Illinois.

That tragic day, a woman armed with handguns entered a 2nd grade classroom and opened fire, killing an 8-year-old boy and injuring five others. Afterwards, she fled the scene then entered the Andrew house and held his family hostage for more than an hour. Phil, who was 20 years old at the time, was home from college on the first day of spring break and convinced her to let the rest of his family leave if he agreed to stay with her. Eventually, she shot Phil.

"A bullet ripped through my chest, both of my lungs, severed my esophagus and grazed my pericardium," he recalls. "I was very lucky to survive."

Now a 54-year-old consultant and former FBI special agent, he said his experience inspired him to get into law enforcement and try to prevent more shootings.

"Immediately, even before I left the hospital, I realized that my way forward was to make sure that I understood what happened," he said. "And play a role in making sure it wouldn't happen again."

He especially remembers the people who tended to his wounds after being shot, who told him to stay awake and immediately started using swimmer terminology (Andrew was a swimmer in college) to convince him to power through.

"One of the things that always stayed with me was that there were people there for me on the worst day of my life," he said. "There were amazingly heroic first responders who came to me at great risk to themselves, literally entering into a scene where they were putting themselves at risk to render aid ... and really somewhere in there, they also were challenging me with what I was going to do with this kind of gift I was given."

And yet decades later, with the mass shootings showing no signs of stopping, he knows his work in gun violence prevention will probably never be done. In fact, it's harder than ever.

The Highland Park attack was one of five mass shootings in the country that day alone. And the U.S. has already experienced more than 300 others so far in 2022, only halfway into the year — which averages out to more than 11 a week, according to the Gun Violence Archive, an independent data collection organization.

The group defines a mass shooting as an incident in which four or more people are shot or killed, excluding the shooter.

And the advocacy itself can be dangerous with the national conversation on gun control so volatile. The Andrew family even received a threatening phone call at the house one day. Phil's mother answered and was understandably upset afterward. She asked her son when all of this was going to stop.

"And that was an 'aha' moment for us," he said. "My mother deeply wanted to see her family and her house and everything kind of return to normalcy. And I recognized that would never be again. That we had experienced something. And we would always be advocating and working to prevent it." 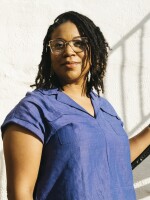 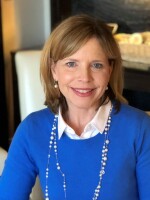 Courtney Dorning
Courtney Dorning has been a Senior Editor for NPR's All Things Considered since November 2018. In that role, she's the lead editor for the daily show. Dorning is responsible for newsmaker interviews, lead news segments and the small, quirky features that are a hallmark of the network's flagship afternoon magazine program.
Sign up for our newsletters!
Keep up with all the latest news, arts and culture, and TV highlights from KPBS.
LATEST IN PODCASTS
LATEST IN EVENTS
LATEST IN TV HIGHLIGHTS
More News