Bowser is co-founder of the Community Assistance Support Team.

Bishop Cornelius Bowser, whose personal journey includes a decade-long stretch as a gang member before becoming a church minister, has been selected as the KPBS and National Conflict Resolution Center Community Hero for his work on preventing gun violence.

“My specific target is gangs,” Bowser said. “I go wherever the gangs are. Most of the gangs we find are in Southeast San Diego and City Heights.”

The 56-year-old Bowser is co-founder of Community Assistance Support Team (CAST), which he and former San Diego Gang Commission Executive Director Lynn Sharpe-Underwood created after a City Heights neighborhood was rocked by a double homicide in 2012. The organization seeks to prevent gang-related violence, especially as it relates to guns.

“When you talk about gun violence, to prevent this you have to address the underlying issues,” he said. “A lot of times I think that is what is overlooked. We just look at the symptoms and attack the symptoms and never look at what’s really going on.”

CAST volunteers work to find out what is really going on in neighborhoods impacted by gang violence. Bowser says these communities lack resources and are underserved. By knocking on doors and walking communities, alongside law enforcement, CAST connects individuals with the resources and support they need.

Bowser says law enforcement will often call or text him after a gang-related shooting has occurred. CAST springs into action by tapping into its network that includes former gang members. The goal is to find someone who can connect them to the injured gang member, with the aim of visiting the injured person in the hospital.

Bowser’s life story makes him uniquely suited to understand gang life. He’s a former member of the West Coast Crips Rollin 20s, joining the San Diego gang when he was 12. He stayed for 10 years. He says he could have been killed if he had not turned his life around at age 22. He began by reading the Bible and he now heads Charity Apostolic Church.

“I started realizing that I could make a difference and make an impact and reach those that other folks cannot reach,” he said.

Bowser estimates he and CAST have helped thousands of people impacted by gun violence, when you include the ripple effect of gun violence on family, friends and neighbors. Bowser says he sees CAST as a “bridge between law enforcement and the community” but his eye is on a bigger goal. Bowser says to make a real difference, it is going to require coming together and changing laws and policies to get to a place where there are no violent incidents in communities. His vision is for gang-impacted communities to have adequate resources and support. 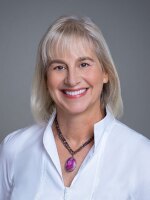