I checked out Ghostbusters: The Video Game while walking around the floor on Thursday after the panel on digital comics. & Pretty cool! 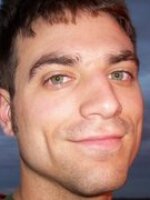 Joe Spurr
Joe Spurr is a writer and a web designer. His bylined work has appeared in The Boston Globe and the IT news magazine TechTarget, among other publications. He holds a bachelor’s degree in journalism from Northeastern University in Boston, where he was born and raised. Joe currently lives in San Diego and was a web developer/producer for KPBS, where he was charged among other duties with helping cultivate “the journalistic practices of tomorrow” vis-à-vis the Jacobs Project for Reporting Excellence.
See stories by Joe Spurr
Sign up for our newsletters!
Keep up with all the latest news, arts and culture, and TV highlights from KPBS.
LATEST IN PODCASTS
LATEST IN EVENTS
LATEST IN TV HIGHLIGHTS
More News