Following an initial suspension of its partnership with Kyrie Irving and the upcoming release of the Kyrie 8 signature shoe, Nike has now terminated its contract with Irving.

"Kyrie Irving is no longer a Nike Athlete," a Nike spokesperson told NPR.

The signature endorsement agreement Irving signed with the company had been due to expire on Oct. 1, 2023. The termination comes after Irving posted on social media a link to an antisemitic movie and book in late October.

Following the news of his contract being terminated, Irving tweeted: "Anyone who has even spent their hard earned money on anything I have ever released, I consider you FAMILY and we are forever connected. it's time to show how powerful we are as a community."

Anyone who has even spent their hard earned money on anything I have ever released, I consider you FAMILY and we are forever connected.
it’s time to show how powerful we are as a community.

Nike suspended its relationship with Irving a month ago, saying it would no longer release the Kyrie 8 shoe.

After suspending Irving, Phil Knight, Nike's co-founder, toldCNBC on Nov. 10 that he doubted that the two would work out a future partnership.

Knight added in his CNBC interview, "Kyrie stepped over the line. It's kind of that simple. He made some statements that we just can't abide by and that's why we ended the relationship. And I was fine with that."

Since entering the NBA as the No. 1 overall draft pick in 2011, Irving has represented Nike. The first of his signature shoes launched in 2014, and he has made an estimated $11 million per year from Nike. He's now poised to lose tens of millions he would have made if the contract had been extended.

Irving was suspended from the Brooklyn Nets for eight games on Nov. 3. During that time the team asked him to complete a list of requirements, including issuing a public apology and meeting with local Jewish leaders.

He returned to the Nets on Nov. 20 when they played the Memphis Grizzlies, offering an apology during the postgame media scrum. "I just want to offer my deep apologies to all those who were impacted over these last few weeks, specifically my Jewish relatives and Black relatives, all races and cultures," Irving said. "I feel like we all felt an impact. I don't stand for anything close to hate speech or antisemitism or anything that's going against the human race." 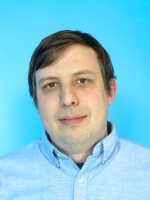 Matt Adams
Matt Adams is an Audience Engagement Strategist at NPR, where he is always thinking of how a broadcast company can do more on the internet. His focus is on social media strategy and how to connect NPR with new audiences in creative ways, from community building to social audio.
Sign up for our newsletters!
Keep up with all the latest news, arts and culture, and TV highlights from KPBS.
LATEST IN PODCASTS
LATEST IN EVENTS
LATEST IN TV HIGHLIGHTS
More News