San Diego Mayor Jerry Sanders has declared this the “Summer of Energy Independence.” He helped launch the “Reduce then Produce” program yesterday whereby San Diegans can save energy and money through significant group discounts on home retrofits and solar panels.

“A few weeks ago we challenged San Diegans to find ways this summer to reduce their fossil-fuel consumption. But it’s nice when a challenge comes with a helping hand,” Sanders said. “The idea behind this program is that participants first reduce by ensuring their home is using minimal energy, then they produce the rest of the energy they need with solar panels.”

The California Center for Sustainable Energy (CCSE) is partnering with the city to offer the discounted services. Executive Director Irene Stillings said energy conservation is important “for a better environment, for fewer greenhouse gas emissions, for decreased dependence on foreign oil, and for our long-term security as a region, as individuals, and as a nation.”

An initial home assessment costs between $149 and $199, and is applied to the total cost of energy upgrades if the homeowner decides to complete the work. The Energy Upgrade California Program offers rebates of up to $4,000 for these home retrofits. After completing the energy efficiency upgrades, local contractors will install solar panel systems for 25 percent less than their average cost in San Diego for the last year. If 100 or more homes install solar panels through this program, all participants will receive a 5 percent rebate.

CCSE program manager Jack Clark said that homes participating in similar programs spent on average $9,000 for energy upgrades and saved about $1,000 per year on their energy bills.

The Reduce Then Produce program runs for three months. 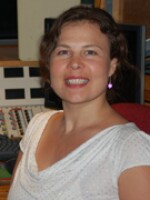 Sasha Doppelt
When an intern in the KPBS Newsroom, Sasha wrote radio spots and adapted them into web articles. She recently relocated to San Diego from the Bay Area. She studied media theory at UC Berkeley and received her master’s in broadcasting from San Francisco State University. While at SF State, she taught studio production to undergraduate students in the broadcasting program. Sasha is passionate about producing high quality media that educates and inspires, with a particular interest in issues of sustainability. Sasha has worked in radio and television as well as the government and non-profit sectors. She recently finished production on “Waterways,” a documentary film that follows the path of water from the mountains to the faucet. She spent the summer of 2010 in El Salvador shooting and editing a promotional video for a non-profit. When not working, Sasha enjoys hiking, dancing, cooking and gardening.
See stories by Sasha Doppelt
Sign up for our newsletters!
Keep up with all the latest news, arts and culture, and TV highlights from KPBS.
LATEST IN PODCASTS
LATEST IN EVENTS
LATEST IN TV HIGHLIGHTS
Election 2022: Live results
Explore all national, state and local returns now.
See results →
More News