Soccer fans worldwide will tell you there is nothing quite like Copa America. A huge audience usually tunes in to watch South America's national teams battle for the crown. Well, the tournament kicks off in less than two weeks. Yet for a while today, it was not clear where or even if it would take place. We now have an answer - Brazil, one of the world's worst pandemic hotspots. To discuss the drama, we are joined by NPR's Philip Reeves. He's in Rio de Janeiro.

KELLY: So we thought we had an answer before today. We thought that this was supposed to be hosted by Colombia and Argentina. What happened?

REEVES: Yeah. I mean, this year, for the first time, the tournament was going to be hosted by two countries. But Colombia was dropped earlier this month because of the political unrest there, the wave of anti-government protests. And this weekend, Argentina pulled out because of the huge surge of COVID cases there. So late last night, South America's soccer federation, CONMEBOL, said it was looking at offers from other countries willing to host this. For a while, it looked like the whole thing might even be called off, which is a big deal because there's a lot of money at stake.

REEVES: But then CONMEBOL had an emergency meeting this morning and announced the tournament would be played in Brazil. And it publicly thanked Brazil's president, Jair Bolsonaro, for hosting a contest that it says inspires happiness and passion among millions of South Americans.

KELLY: OK. But speaking of countries in the throes of a terrible bout with the pandemic, why Brazil, which is just looking at horrific case rates and death rates right now?

REEVES: Well, Bolsonaro has always been very strongly against shutting down or restricting economic activity to prevent the spread of COVID, and that hasn't changed despite the severity of the pandemic. This comes at a time when his ratings are going down. He's under growing political pressure.

On Saturday, tens of thousands of people, for the first time since the pandemic began, went onto the streets to protest against Bolsonaro and particularly his response to the pandemic, the way, for example, he undermined social distancing and particularly his failure to secure enough vaccines. Reports suggests people at these protests did mostly wear masks, but several of these crowds were really big, especially in Sao Paolo, and social distancing kind of fell apart. Bolsonaro's supporters are jumping on that, saying if his opponents can jam the streets like that, how can they then criticize Bolsonaro for hosting Copa America?

KELLY: What is the reaction like there in Rio and the rest of Brazil?

REEVES: Well, Brazilians, you know, hosted this tournament in 2019 and won and were delighted about that. The pandemic's changed everything. He's getting a lot of criticism from the media. There's talk among his opponents of trying to get the Supreme Court to intervene. And people in the medical community are obviously unhappy.

Remember, Brazil so far lost 462,000 people to COVID. Deaths have plateaued recently, but they're still averaging 1,800 a day right now. Vaccinations are moving along really slowly, and scientists are very worried. A third wave is about to begin here. It does seem that fans won't be allowed to attend Copa America games, although an exception may be made for the final. But people are worried that the tournament will bring in outsiders...

REEVES: ...Who may spread new variants.

KELLY: All right, so much for you to keep track of there. NPR's Philip Reeves in Rio de Janeiro. 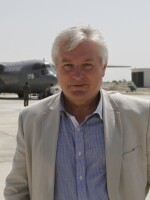