What Germany, France and Britain are doing to deter a Russian invasion of Ukraine

American officials believe that Russia has placed enough forces near Ukraine to launch an attack any day. And they say more troops are on the way. Diplomats from the U.S. and Europe have been trying to avoid armed conflict. France's president, Emmanuel Macron, was in Moscow today meeting with Russian President Vladimir Putin. Macron spoke with U.S. President Biden yesterday. And today, President Biden met with German Chancellor Olaf Scholz at the White House, hoping to project unity between the nations.

SHAPIRO: We are joined now by three of our European correspondents - Frank Langfitt in London, Eleanor Beardsley in Paris, and Rob Schmitz is our correspondent based in Berlin. Good to have all three of you here.

SHAPIRO: Rob, let's start with you because Germany's leader is at the White House. But so far, Germany's been reluctant to take actions that might provoke Russia. Scholz's government has refused to export weapons to Ukraine. He's been vague about how Germany would respond to an invasion. Why do you think that is?

SCHMITZ: Well, Germany has a long-standing policy of not sending weapons into conflict regions. And there have been exceptions to this rule. Germany sent weapons to the Kurds in Iraq and Syria years ago. But so far, Berlin has not made the same decision for Ukraine. Instead, it sent thousands of helmets and medical gear. As to why the reluctance to be more aggressive with Russia, Chancellor Olaf Scholz's party, the Social Democrats, have historically had a close relationship with Moscow. Social Democrat Gerhard Schroeder, for example, joined the board of Russian energy company Rosneft after he was chancellor. And he publicly defends Vladimir Putin regularly. And lastly, you know, Scholz heads a new German government. After 16 years of an internationally known quantity, Angela Merkel, the three parties that help run Scholz's government are not yet in lockstep on how to handle this crisis. So it's taking some time.

SHAPIRO: Looking to France, Eleanor, Macron was meeting with Putin today, trying to de-escalate the situation. Tell us about the strategy there.

BEARDSLEY: Well, his first strategy is to inject Europe into negotiations that involve Europe. You know, this crisis of European security must involve all Europeans. As you remember, for a while, it was the Russians talking with Americans, you know, over Europe's head. And there's a feeling that things have escalated out of control in the Russian-American relationship, and there is a need for European diplomacy. You know, Angela Merkel is now gone, and so that sort of puts Macron in charge. He's kept a steady relationship with Putin over the last years, even though, you know, things haven't been great. He's even called for a reset with Russia. And Putin has actually called him an interlocutor of quality and one of the only leaders with whom he can really discuss matters deeply. You know, Macron says he's lucid but optimistic.

And he's actually hoping to use a European structure for dialogue that's already in place since 2014 called the Normandy Format. This is when Ukraine and Russia, France and Germany met directly. It was to, you know, resolve the conflict in the Donbas region of eastern Ukraine. It's been frozen for the last few years, but Macron is hoping, you know, maybe that can be revived as a way to address this crisis and at least build confidence and get dialogue flowing so that we can de-escalate the situation.

SHAPIRO: This sounds very different from the approach that British Prime Minister Boris Johnson and the U.K. are taking to this. Frank, as you know, the U.K. called out an alleged plot by Russia to install a puppet in Kyiv. It sent anti-tank missiles to Ukraine. What are Britain's calculations here?

LANGFITT: Yeah, I think a lot of this, Ari, has to do with the way Britain - right? - sees itself post-Brexit. It wants to remain indispensable to European security and also has to kind of carve out a new role for itself. In some ways, the Brits have actually been out in front of the U.S. on this, but they also remain closely aligned with the United States because this is the most important - probably the most important partner that they have. And then there are other reasons why they're not crazy about the Russians. There was, if you remember, back in 2018, two Russian agents were, you know, accused of coming to the town of Salisbury here in England and poisoning a former Russian military officer and his daughter.

And the other thing is, unlike some other parts of Europe, the U.K. doesn't rely on Russian energy. Its biggest imports come from Norway and the Netherlands. And then finally, I guess, you know, Boris Johnson is having a lot of trouble with all these parties that were going on down the government during the COVID lockdowns. And this is an opportunity, perhaps, for him to also seem to appear more statesmanlike.

SHAPIRO: So, Rob, let's talk about this press conference between Biden and Scholz. Apparently, the two of them, according to Biden, are in complete agreement on sanctions. They say that the Nord Stream 2 pipeline will not go forward. Are they really standing shoulder to shoulder here?

SCHMITZ: Yeah, it's weird. You know, there's been a lot of verbal dancing around this definitive stance on the future of Nord Stream 2, this gas pipeline that has yet to carry Russian gas to Germany. But I think we have to take Scholz at his word when he says that Nord Stream 2 is on the table. Those were his strongest words yet on this. And most analysts take this to mean that Germany would halt the project in the event of an invasion. And this would have big economic consequences for Putin and Russia. Biden, in his press conference with Scholz today, actually said that Germany and the U.S. are in agreement that it cannot be business as usual if Russia invades. Biden also said that he and Scholz developed a package of sanctions that would impose swift consequences if Russia invades, consequences that could cripple Moscow economically.

SHAPIRO: And, Eleanor, to what extent is the French path here indicative of where Europe stands on all of this?

BEARDSLEY: Yeah, Ari, many Europeans - they have a - sort of a different point of view. They don't think war is imminent. In fact, hearing a lot of the U.S. language about, you know, an attack could come any day is perceived as very jarring here. People think the troop buildup, while very scary, and that, you know, people don't know what will happen, they think it's more to force the West to have dialogue with Russia and take its security concerns seriously.

And, you know, before heading to Moscow, Macron spoke of the trauma of European nations under Soviet occupation, but he also talked about the trauma of the Russian people. He's got a difficult job. He wants Russia to pull the troops back and de-escalate, but they're going to want something in return. But that has to be acceptable to Ukraine's president, Volodymyr Zelenskyy, who he sees tomorrow, and to European partners. So Macron has been preparing for this. He's spoken with Biden, his European allies and NATO in the last days, preparing for this tough diplomatic mission.

SHAPIRO: Frank, just to take a broad view for a moment, many analysts have said that Putin's overarching goal here is to reverse the gains that NATO made over the last two decades. As the U.S. now deploys more troops to Eastern Europe and European leaders seem to coalesce around an anti-Russia strategy, is there a point at which Putin's strategy might backfire, might be self-defeating?

LANGFITT: Absolutely. What Putin would want, I think, is a buffer between Russia and the European Union and NATO nations. And European cohesion is definitely his enemy. But it's interesting here, Ari, because, you know, since the end of the Cold War, NATO's been in a rolling identity crisis. Who is the enemy? What's the purpose? And if you talk to people in Brussels, they often kind of half joke that the Russian annexation of Crimea in 2014 was hugely beneficial to NATO because it gave it a focus. And so if there were some kind of invasion by the Russians, it actually could lead to an arms race, actually draw NATO nations closer together and can actually create more problems long term for Vladimir Putin.

SHAPIRO: That is NPR's Frank Langfitt in London, Eleanor Beardsley in Paris and Rob Schmitz, whose home base is Berlin. Thanks to all three of you.

LANGFITT: Happy to do it, Ari. 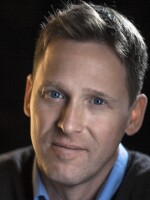 Rob Schmitz
Rob Schmitz is NPR's international correspondent based in Berlin, where he covers the human stories of a vast region reckoning with its past while it tries to guide the world toward a brighter future. From his base in the heart of Europe, Schmitz has covered Germany's levelheaded management of the COVID-19 pandemic, the rise of right-wing nationalist politics in Poland and creeping Chinese government influence inside the Czech Republic. 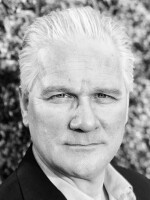 Frank Langfitt
Frank Langfitt is NPR's London correspondent. He covers the UK and Ireland, as well as stories elsewhere in Europe. 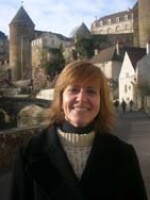 Eleanor Beardsley
Eleanor Beardsley began reporting from France for NPR in 2004 as a freelance journalist, following all aspects of French society, politics, economics, culture and gastronomy. Since then, she has steadily worked her way to becoming an integral part of the NPR Europe reporting team. 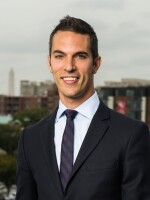 Ari Shapiro
Ari Shapiro has been one of the hosts of All Things Considered, NPR's award-winning afternoon newsmagazine, since 2015. During his first two years on the program, listenership to All Things Considered grew at an unprecedented rate, with more people tuning in during a typical quarter-hour than any other program on the radio.
Sign up for our newsletters!
Keep up with all the latest news, arts and culture, and TV highlights from KPBS.
LATEST IN PODCASTS
LATEST IN EVENTS
LATEST IN TV HIGHLIGHTS
More News