What is the citizen's arrest law at the heart of the trial over Ahmaud Arbery's death?

As jury selection continues for the trial of three white men charged with the murder of Ahmaud Arbery in Brunswick, Ga. last year, one particular law is expected to become a focal point.

Arbery, a 25-year-old Black man, was shot while jogging. The defendants said they were trying to make a citizen's arrest.

We break down the history of citizen arrests, and how the law could weigh on the upcoming trial.

Where did citizen's arrest laws come from?

These laws are old.

Cornell University criminal law expert Joseph Margulies says they date back to before the founding of the United States, and allowed colonial citizens to detain someone they had seen commit a crime.

They were designed for an environment in which police were not widely present, Margulies said.

Georgia, along with other states principally in the South, expanded those laws to allow citizens to arrest someone they reasonably suspected of trying to escape from a felony.

We'll come back to those words: "Reasonably suspected."

Georgia's law dated back to 1863, and "was basically a catching-fleeing-slave law," according to Margulies.

Wasn't the law repealed in Georgia?

The law was repealed after Arbery was killed.

After his death, and a nationwide racial justice reckoning, Georgia repealed the law this year.

"Ahmaud was killed because of hate, because he wasn't committing a crime at all," Arbery's mother, Wanda Cooper-Jones, told the Black News Channel.

"It's bittersweet that Ahmaud had to lose his life to get this type of change, but I'm very appreciative of it."

If it was repealed, how could it affect this trial?

The three defendants will be tried under the old version of Georgia's citizen arrest laws, since those applied at the time of Arbery's death.

The accused men - Travis McMichael, his father Gregory McMichael, and William Bryan - said they thought Arbery might have been responsible for burglaries in the area and so they tried to detain him.

As the McMichaels were trying to stop Arbery, a fight broke out in the road and Arbery was shot three times with a shotgun.

According to Margulies, the jury will have to consider whether the men "reasonably suspected" that Arbery had committed a felony and was trying to escape.

Even though Arbery didn't commit any felony crimes, the jury simply has to conclude whether they reasonably believed that he did.

Margulies says he expects the McMichaels to say: "It's not simply that Mr. Arbery was a young Black man who jogged by, it's that we had a number of reports of burglaries in the area."

Police never connected Arbery to any.

What other laws will be scrutinized in this trial?

In addition to the now-repealed citizen's arrest law, Margulies says Georgia's open carry and "stand your ground" laws will also factor into the case.

Open carry laws allow Georgians to openly carry firearms if they have a permit for them.

And "stand your ground" laws allow them to use deadly force if they "reasonably believed that they were at risk of serious bodily injury or death," according to Margulies.

"So that's where it all will turn."

Margulies says repealing the citizen's arrest law went a long way towards addressing racist violence, but he argues there are still issues with the open-carry and "stand your ground" laws in Georgia and other states.

Until these laws are also addressed, "You will continue to see ... avoidable violence on the streets," Margulies says. 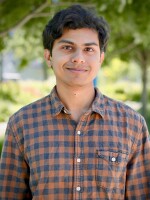 Ashish Valentine
Ashish Valentine joined NPR as its second-ever Reflect America fellow and is now a production assistant at All Things Considered. As well as producing the daily show and sometimes reporting stories himself, his job is to help the network's coverage better represent the perspectives of marginalized communities.
Sign up for our newsletters!
Keep up with all the latest news, arts and culture, and TV highlights from KPBS.
LATEST IN PODCASTS
LATEST IN EVENTS
LATEST IN TV HIGHLIGHTS
More News