Better Call Saul, the AMC show which serves as both a prequel and a sequel to Breaking Bad, has been outstanding ever since it debuted in 2015. Depending on how well it sticks the landing in the final episodes of its sixth and final season, it could end up as the best dramatic TV series ever made.

And this fascinates me, because the series, has been entirely reverse-engineered — designed and built from pieces of the earlier show. Now that it's about to end, it's fun to look back at exactly how the character and story of Saul were crafted from the original seeds sown on Breaking Bad.

Breaking Bad creator Vince Gilligan is behind Better Call Saul, too, along with co-creator Peter Gould. With that previous series, Gilligan knew the journey he wanted his main character to take: Walter White, played brilliantly by Bryan Cranston, would go from meek high-school science teacher to murderous meth-manufacturing drug lord. But the path to get from that Point A to Point B was wide open.

With Better Call Saul, it's different. Some short, intermittent snippets are set in the future after Breaking Bad, but most of the series is an origin story, following the character of shifty lawyer Saul Goodman, whom we first met in season 2 of Breaking Bad. Saul, played by comedian Bob Odenkirk, was and is the type of lawyer who talks loudly and carries a heavy shtick — especially in local TV spots advertising his services.

Gould wrote the episode of Breaking Bad that introduced Goodman, and when it came time to make a series out of Better Call Saul, the writing staff took its inspiration from ideas and lines of dialogue that Gould had intended as throwaways. For example, the series Better Call Saul presented Odenkirk as Jimmy McGill, a low-rent lawyer who would take several seasons to adopt the persona of Saul Goodman. But the seeds were laid in the Breaking Bad episode where Odenkirk's character meets Walter and admits that he assumed the Jewish-sounding name because he thought it would be good for business.

The part of the spinoff series that was set in the past was all about Jimmy, and two other prominent characters — neither of whom had appeared in Breaking Bad at all. One was Jimmy's girlfriend, Kim Wexler, a fellow lawyer — and, eventually, fellow con artist — played so mysteriously by Rhea Seehorn. The other was Jimmy's older brother Chuck, played by Michael McKean, whose character was a much more successful and respected attorney.

These were great new additions. Kim, like Jimmy and Walter, was a character we got to watch breaking bad over a very slow and sad downward spiral. And the sibling rivalry between Jimmy and Chuck was as wonderful to watch as the one between Frasier and his brother Niles on the sitcom Frasier, which was a spinoff from another fabulous sitcom, Cheers. Both those brothers, Niles and Chuck, were created for their respective spinoffs, and Better Call Saul benefited just as greatly from the addition.

But Gilligan and Gould weren't done pulling inspiration from Breaking Bad. The short black-and-white scenes showing Saul's current fate have the character adopting yet another name, and about to return to Albuquerque after hiding undercover in Nebraska. That may seem random, but in Saul's last conversation with Walter on Breaking Bad, Saul rejected Walter's demand to continue working as his lawyer by saying his goal was to become "Mr. Low Profile," who, in the "best case scenario," might wind up managing a Cinnabon in Omaha.

Nothing from Breaking Bad, though, is as surprisingly precise as an early indicator of what Better Call Saul would become as another scene from the episode introducing Saul. Walter and his meth-producing partner, Jesse (Aaron Paul), are upset that Saul won't do what they've asked him to do. So they dig a grave-sized hole in the desert, put on ski masks and abduct Saul, covering his head with a hood. As they tie his hands behind his back, drive him to the desert and drop him to his knees at gunpoint, Saul assumes they've been sent by someone named Lalo.

That's the only mention of Lalo in Breaking Bad, but clearly, from Saul's perspective, he's someone really to be feared. That's why it's so astounding that, in the most recent episodes of Better Call Saul, the most menacing and deadly character has been none other than that same Lalo, played by Tony Dalton. The most recent episode of Better Call Saul, back in May, had Lalo kill a major character so brutally and shockingly that I still haven't forgotten it.

What happens now? I have no idea, and AMC sent out no episodes to preview. We do know that, for these final episodes, Carol Burnett appears as a newly introduced character, which is really intriguing. And we know that the fate of Seehorn's Kim, whatever it is, will be drastic enough to keep her from making even a single appearance in Breaking Bad, and will complete Jimmy's transformation into the totally amoral Saul Goodman. It's how Gilligan, Gould and company connect the dots between those new sets of Point A and Point B that will determine just how great a show Better Call Saul ends up being. The devil is in the details. And on this show, so is the brilliance. 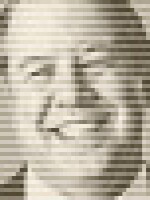 David Bianculli
David Bianculli is a guest host and TV critic on NPR's Fresh Air with Terry Gross. A contributor to the show since its inception, he has been a TV critic since 1975.
Sign up for our newsletters!
Keep up with all the latest news, arts and culture, and TV highlights from KPBS.
LATEST IN PODCASTS
LATEST IN EVENTS
LATEST IN TV HIGHLIGHTS
More News