BRASÍLIA, Brazil — Empty tents, scattered trash and overflowing garbage cans are all that's left of an encampment in front of the Brazilian capital's military compound.

The ad hoc campsite had been ground zero for loyalists of Brazil's far-right former President Jair Bolsonaro, who were pushing for the military to intervene and overturn the election he lost in October.

President Biden had a phone call with Brazilian President Luiz Inácio Lula da Silva on Monday, in which Biden "condemned the violence and the attack on democratic institutions and on the peaceful transfer of power" in Brasília, according to a joint statement. It also said Lula accepted an invitation to visit Washington for "in-depth consultations" in early February.

Lula's government has vowed to protect democracy and punish those who took part in the assault.

"They will not succeed in destroying Brazilian democracy. We need to say that fully, with all firmness and conviction," Justice Minister Flávio Dino said. "We will not accept the path of criminality to carry out political fights in Brazil."

The authorities said they've so far detained more than 1,500 people and cleared the encampment outside the military compound.

The encampment was where dozens of buses arrived by Sunday afternoon from around the country.

From there, a sea of thousands of protesters, donning the yellow and green national colors, marched out of the compound toward Brasília's Three Powers Square. Chanting "God, country, family and liberty," they moved down the large boulevard, escorted by only a few police. Once at their destination, the scene quickly turned violent.

Many climbed the entrance ramp to the Congress, leaped onto its roof and soon spread out on the square toward the Supreme Court and the presidential offices. They set fires, smashed windows, trashed furniture and damaged artwork.

In a Facebook video posted Sunday night, Aliel Machado, a lawmaker in Congress' lower house, showed the level of destruction inside the building.

Bolsonaro in the U.S.

Bolsonaro was absent from the assault on top government offices.

Last month, he flew to the United States right before his term ended and took up temporary residence in Florida. Breaking with longstanding tradition, Bolsonaro did not pass the presidential sash to Lula at his Jan. 1 inauguration.

President Lula has accused Bolsonaro of inciting Sunday's assault but the former leader has denied responsibility.

On Monday, Bolsonaro went to a hospital in the Orlando area while suffering from abdominal pain from a stabbing in 2018 and was discharged later in the day, he said on Twitter.

Bolsonaro is reported to be on a U.S. visa issued to heads of state and it's unclear how long he'll stay. The State Department would not comment on his visa status but its spokesperson, Ned Price, said in general that anyone entering on a visa for foreign officials would have to leave the U.S. within 30 days or apply for a change of immigration status.

Lula, who had been in São Paulo during the assault on the capital, arrived in Brasília late Sunday and vowed the "coup-mongers" who caused destruction of public property would be punished.

His government took over control of the Brasília region's security for the rest of the month and suspended its governor, Ibaneis Rocha, for 90 days.

On Monday, Lula met with congressional and Supreme Court leaders in a show of unity. In a joint statement, they said they called on society to remain calm "in defense of peace and democracy of our homeland."

What the country needs now is normalcy, respect and work for the nation's progress and social justice, the statement said.

Carrie Kahn
Carrie Kahn is NPR's International Correspondent based in Mexico City, Mexico. She covers Mexico, the Caribbean, and Central America. Kahn's reports can be heard on NPR's award-winning news programs including All Things Considered, Morning Edition and Weekend Edition, and on NPR.org. 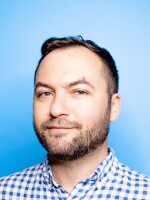 Alex Leff
Alex Leff is a digital editor on NPR's International Desk, helping oversee coverage from journalists around the world for its growing Internet audience. He was previously a senior editor at GlobalPost and PRI, where he wrote stories and edited the work of international correspondents.
Sign up for our newsletters!
Keep up with all the latest news, arts and culture, and TV highlights from KPBS.
LATEST IN PODCASTS
LATEST IN EVENTS
LATEST IN TV HIGHLIGHTS
More News