The Yoido Full Gospel Church has 800,000 members throughout South Korea and other countries. It claims to be the biggest church in the world.

On Sundays, there are services every two hours -- each attended by about 12,000 -- in the church's vast halls in downtown Seoul. The services are accompanied by full orchestra, gospel singers, tenors and more.

All the services are in Korean, but simultaneous interpretation is available in English, Japanese, Chinese, Spanish, French, Russian, Indonesian and Malay.

South Korea has strong Buddhist and Shamanist roots. For many centuries, it was known as the Hermit Kingdom because of its resistance to outside influences. But in more recent years, Christianity has taken hold and the number of Christians has grown exponentially.

Christianity gained a greater foothold in the country only after the Korean War. Pastor Cho Yong-gi co-founded the Yoido Full Gospel Church in 1958. He says church membership skyrocketed because of American missionaries who offered a way to escape the miseries of war through faith. 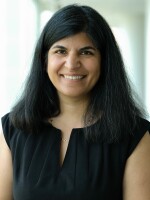 Reena Advani
Reena Advani is an editor for NPR's Morning Edition and NPR's news podcast Up First.
Sign up for our newsletters!
Keep up with all the latest news, arts and culture, and TV highlights from KPBS.
LATEST IN PODCASTS
LATEST IN EVENTS
LATEST IN TV HIGHLIGHTS
Get ready to vote
What questions do you have about the Statewide General Election coming up on Nov. 8? Submit your questions here, and we'll try to answer them in our reporting.
Launch →
More News