Two days of public hearings by the Sept. 11 commission -- and the timing of his new book -- have thrust counter-terrorism expert Richard Clarke into a highly publicized battle with the Bush administration.

Clarke tells NPR's Libby Lewis that he wants to stimulate public debate about the status of the war against terrorism.

Clarke served as an adviser to four presidents, starting with the Reagan administration, but left the Bush team after the Sept. 11 attacks. His assertion that President Bush undercut efforts to combat al Qaeda by focusing on Iraq has been rejected by the president and aggressively rebutted by Condoleezza Rice, Bush's national security adviser. But the debate rages on in the media and in political and academic circles.

Clarke's charges are detailed in the book Against All Enemies, which appeared days before his appearance at the hearings.

Those hearings, held March 23 and March 24, also produced testimony from a number of witnesses who served at the highest levels of government during the Clinton and Bush administrations. Those who appeared publicly before the full panel included former and current secretaries of state Albright and Powell, former and current secretaries of defense Cohen and Rumsfeld, and CIA Director George Tenet, who has served under both presidents.

The panel has yet to hear from President Bush, President Clinton or Vice President Cheney. All will be interviewed privately in coming weeks as the commission prepares a final report due in July. 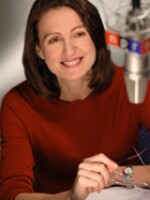 Libby Lewis
Libby Lewis is an award-winning reporter on the National Desk whose pieces on issues of law, society, criminal justice, the military and social policy can be heard on Morning Edition, All Things Considered, Day to Day, Weekend Edition Saturday, and other NPR shows.
Sign up for our newsletters!
Keep up with all the latest news, arts and culture, and TV highlights from KPBS.
LATEST IN PODCASTS
LATEST IN EVENTS
LATEST IN TV HIGHLIGHTS
More News