Protesting Is Uncomfortable. Should It Be Easier?

To protest, or not to protest? This week on Ask Code Switch, we're digging into a question from Shawn, an African-American high school student in South Florida, who wonders how best to take a stand against injustice:

I'm a left-leaning person and very much politically conscious. Whenever the pledge of allegiance comes on for school, I often feel like taking a knee/or simply not standing as my own small act of protest. This is however, not possible in most classes, as it is viewed as disrespectful by most teachers or too politically tinged for school. This is at a predominantly black school, mind you. Also, most teachers characterize my refusal to stand as a general apathy possessed by my entire post-millennial generation.

I ultimately came up with a compromise where for the pledge I place a fist on my heart and raise it in the air at the end, similar to the famous Black Power Salute at the 1968 Olympics.

Can I get your opinion on this "compromise" of mine? I don't really engage in protests or rallies but plan to in college/once independent from my parents. Can you please give me advice on how to mount my own small pieces of protest and resistance as a student? I really wanna contribute as best I can even if I can't hold a picket sign just yet.

First off, let me say that I identify with you so much. Starting in elementary school, I refused to say the Pledge of Allegiance.

I had been instructed by my mother that America was by no means a nation "with liberty and justice for all." Her view was that I shouldn't be forced to engage in a "propagandistic ritual with no basis in history or fact." (Thanks for helping me fit in, Mom.)

In those days, I was a bit of a goody two-shoes, and even that small act of defiance felt profoundly uncomfortable. The whole time, I wondered if my teachers were scowling at me, decrying my lack of respect for flag, school and country. Like you, I didn't want to be seen as a troublemaker.

So, if your immediate goal is to take a stand without ruffling too many feathers, it might help to talk with your teachers about your decision. Explain what this act of protest means to you. Bonus points if you do that using the lessons you've learned in school — you can point out that historically, slavery and Manifest Destiny created an unjust society for people of color; that mathematically, disparities in the distribution of government resources make it almost impossible for poor people to rise out of poverty; that scientifically, racism in this country can ruin your health.

If you're talking with an English teacher, try busting out some Langston Hughes: "There's never been equality for me, Nor freedom in this 'homeland of the free.' "

Or if it's your civics teacher, trot out a citation from Tinker v. Des Moines. Yup, you aren't the first high schooler to stage a controversial protest. In 1965, a group of students in Des Moines, Iowa, hatched a plan to protest the Vietnam War by wearing black armbands to class. School administrators weren't pleased, and the conflict rose all the way to the Supreme Court. In 1969, the Court ruled that students don't lose their right to freedom of speech when they step into a school — at least, not completely.

"In order for the State in the person of school officials to justify prohibition of a particular expression of opinion," Justice Abe Fortas wrote in the 7-2 ruling, "it must be able to show that its action was caused by something more than a mere desire to avoid the discomfort and unpleasantness that always accompany an unpopular viewpoint."

Those explanations might help your teachers see that what you're doing isn't apathy. On the contrary, it's your way of engaging with the knowledge you've gained about your country and its history. And it will help clarify things for you too, so you're never just protesting for protesting's sake.

Of course, school isn't the only place to fight injustice. You can also join marches and rallies in your community. Just this week, on Martin Luther King Jr. Day, thousands of people across the country took to the streets to stand up for the causes they believe in. Check out websites like the Resistance Calendar to find groups that are staging protests near you.

But here's the other part to remember. Protesting is by nature, confrontational. Challenging the status quo will bother people, because it forces them to rethink their own values and behaviors. Fifty years ago, Tommie Smith and John Carlos were kicked off the Olympic track team and faced death threats as a result of what today seems like a small, respectful act of protest.

Colin Kaepernick, whom you also seem to be channeling, has been the subject of verbal abuse and personal attacks from the President of the United States for kneeling during the national anthem back in 2016.

And that's to be expected. Every high-profile protester who has sought to fight racial injustice in this country has faced massive ire, from abolitionists to civil rights marchers to Black Lives Matter activists.

"Most Americans see inequality — and the racial habits that give it life — as aberrations, ways we fail to live up to the idea of America. But we're wrong," writes Eddie S. Glaude Jr. in his book, Democracy in Black: How Race Still Enslaves the American Soul. "Inequality and racial habits are part of the American idea. ... Something profound has to happen if we are to change course. A revolution of value and a radical democratic awakening may be this country's only hope for salvation."

What I'm trying to say, Shawn, is that protesting injustice will and should be uncomfortable. Changing the way people think requires that discomfort. Once you're away from home and school, there will be other people to make uncomfortable. People will never tire of telling you that politics don't belong at school, at the dinner table, in sports, in the pews. If protesting is in your future, you'll likely get very used to the feeling of ticking people off.

But know that you have a host of activists who've come before you to look to for inspiration. This year marks the fiftieth anniversary of the Poor People's March on Washington, massive anti-Vietnam protests, the Prague Spring, and giant, student-led demonstrations in Mexico.

Read up on those protests if you need a reminder of how people have persevered in the face of unimaginable consequences.

So, what do you think? Is Shawn's protest effective? How do you fight injustice in your communities? Write to us at CodeSwitch@npr.org and let us know what you think.

And as always, if you have a racial conundrum of your own, fill out this form and tell us what's on your mind. 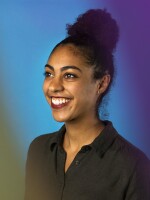 Leah Donnella
Leah Donnella is an editor on NPR's Code Switch team, where she helps produce and edit for the Code Switch podcast, blog, and newsletter. She created the "Ask Code Switch" series, where members of the team respond to listener questions about how race, identity, and culture come up in everyday life.
Sign up for our newsletters!
Keep up with all the latest news, arts and culture, and TV highlights from KPBS.
LATEST IN PODCASTS
LATEST IN EVENTS
LATEST IN TV HIGHLIGHTS
Election 2022: Live results
Explore all national, state and local returns now.
See results →
More News