New Music Friday: Our Top 8 Albums Out On June 28

After giving us a series of baffling ads in the London Tube and the back pages of the Dallas Observer, Radiohead frontman Thom Yorke finally released his third solo album, ANIMA, on Thursday — meaning you won't have to listen to "Not The News" on speakerphone anymore. On this week's New Music Friday, we dive into Yorke's vivid dreamscape and its accompanying film, as well as The Black Keys' electrifying Let's Rock (their first record in five years), Freddie Gibbs and Madlib's fresh collab Bandana and more. NPR Music's Ann Powers, Bobby Carter, Sidney Madden and Stephen Thompson join host Robin Hilton to share their picks for the best albums out on June 28. 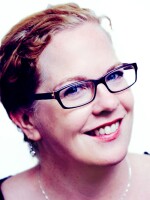 Ann Powers
Ann Powers is NPR Music's critic and correspondent. She writes for NPR's music news blog, The Record, and she can be heard on NPR's newsmagazines and music programs.