By Veronica Zaragovia / Reporter
Nevada Polls
A look at why Nevada pollsters fail to consistently gauge the state's electorate reliably.

Nevada has gotten significant national attention in the past three elections because of its battleground status in presidential and congressional races. Despite its electoral clout, Nevada remains a difficult state to poll reliably.

"They look at demographics, look at past voting within those demographics, and they make a projection as to what they think the electorate will look like and they poll to that as opposed to doing a random sample and getting who you get in that poll," Damore said.

Most of the Nevada electorate lives in Clark County. These are younger, cellphone-dependent voters who don’t all speak English. And as Election Day nears, pollsters tend to look at likely voters instead of registered ones. Damore says these pollsters overlook some young minority voters who register at the last minute.

"The big consequences is when they’re consistently underestimating the Democratic size of the vote here is you see these races to be closer than they are. So it creates false perceptions about how competitive those races are," he said. 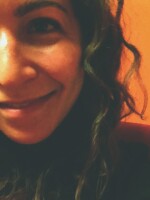