Damar Hamlin's 'Did We Win?' shirts to raise money for first responders and hospital

Damar Hamlin is continuing to express his gratitude for the love and support people across the country have shown him amid his recovery from cardiac arrest.

On Sunday, the Buffalo Bills safety announced his plans to raise money benefiting both first responders and the University of Cincinnati's Trauma Center, where he had been receivingtreatment.

"We all won," Hamlin said in a tweet after the Bills beat the New England Patriots 35-23 on Sunday, clinching the No. 2 seed in the AFC.

"I want to give back an ounce of the love y'all showed me. Proceeds [from] this shirt will go to first responders and the UC Trauma Center. Go get yours!"

In the tweet, Hamlin includes a link to the website where fans have the option to choose between three different T-shirts, all featuring Hamlin's hands forming a heart and the phrase "Did We Win?" — the question Hamlin asked medical professionals when he woke up from a medically induced coma last week.

I want to give back an ounce of the love y'all showed me. Proceeds of this shirt will go to first-responders and the UC Trauma Center.

Before Sunday's game between the Buffalo Bills and the New England Patriots, Hamlin tweeted a photo from his hospital bed and cheered on his teammates from afar.

On Saturday, Hamlin posted his first public statement since his collapseon social media, thanking supporters for their words and gestures of encouragement.

"Putting love into the world comes back 3xs as much... thankful for everyone who has reached out and prayed," he said in a Tweet. "This will make me stronger on the road to recovery, keep praying for me!"

Hamlin's heart stopped beating after what seemed like a routine tackle during a game against the Cincinnati Bengals on Jan. 2. First responders resuscitated him by performing CPR and using a defibrillator. UCMC physicians praised the first responders' quick actions as life-saving.

During a news conference Monday, doctors at the University of Cincinnati Medical Center announced that Hamlin was discharged from the hospital and returned home to Buffalo.

Hamlin is said to be "doing well" and in "the beginning of the next stage of his recovery," doctors said.

"We continue to be ecstatic about his recovery," Dr. William Knight, professor of emergency medicine at the University of Cincinnati College of Medicine, told reporters on Monday.

"We anticipate that he will undergo an ongoing series of tests and evaluations to determine the etiology of what caused the incident and to treat and pathology that may be found," he added.

The NFL said it will not reschedule the Bills-Bengals game, which was stopped in the first quarter after Hamlin collapsed. In a news release Thursday, the league said that the game cancellation will have "no effect" on which clubs will qualify for the postseason. 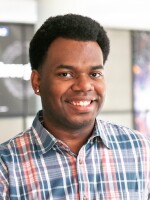