Press freedom advocates on Thursday criticized Twitter owner Elon Musk, who has suspended the accounts of several high-profile journalists who cover the billionaire and his chaotic leadership of the social media site.

Musk took the highly unusual move of booting journalists from Twitter following a sudden change in policy about accounts that share the travels of private jets using publicly available information.

Musk tweeted that those who violate Twitter's new policy will be suspended for 7 days.

Many of the journalists who were suspended Thursday night had tweeted or written about the rift between Musk and the jet-tracking account.

Reporters whose accounts were suspended include Donie O'Sullivan of CNN; Ryan Mac of the New York Times; Drew Harwell of the Washington Post; Micah Lee of the Intercept; and journalist Aaron Rupar.

"Perhaps that did it," Rupar wrote. "But I still don't know what policy that could've possibly violated."

"Musk suspending journalists' accounts is petty and vindictive and absolutely disgraceful—and especially so because Musk has styled himself, however absurdly, as a champion of free speech," Jaffer said in a statement.

"Musk already has a long track record of trying to silence people he dislikes or speech that is critical of him," Benavidez said, noting that the suspension of journalists "endangers the broader public's ability to know what is happening inside Twitter."

In a statement to NPR, Twitter's head of Trust & Safety Ella Irwin said sharing people's real-time location information on Twitter is now a violation of its policies.

"Without commenting on any specific user accounts, I can confirm that we will suspend any accounts that violate our privacy policies and put other users at risk," Irwin said. "We don't make exceptions to this policy for journalists or any other accounts."

Shortly after the suspensions, Musk said on Twitter that the moves were not in retaliation for crtitical coverage.

"Criticizing me all day long is totally fine, but doxxing my real-time location and endangering my family is not," Musk tweeted.

On Wednesday, Musk suspended accounts that track the movement of private jets used by billionaires, government officials and others, including Musk's own plane, claiming the accounts amounted to "doxxing," or the sharing of personal information to encourage harassers.

Musk also claimed that one account that operated under the handle @ElonJet, run by a 20-year-old University of Central Florida student, was used by a "crazy stalker" in Los Angeles to follow a car carrying one of Musk's children.

In addition to the journalists, a Twitter account for Mastodon, a social media site seen as an alternative to Twitter, was also suspended on Thursday. Mastodon was among the sites the creator of the ElonJet account went following Musk's crackdown.

Musk, a self-professed "free speech absolutist," has reinstated droves of accounts that had been pushed off Twitter, including the account of former President Trump and the accounts of many far-right conspiracists who had previously been banned.

Musk has also used his new platform to promote the so-called Twitter Files, a tranche of internal documents that he claimed to expose a censorship scandal, butin fact revealed messy internal debates about thorny subjects more than anything else. 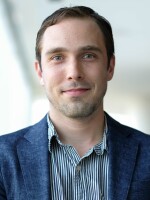 Bobby Allyn
Bobby Allyn is a business reporter at NPR based in San Francisco. He covers technology and how Silicon Valley's largest companies are transforming how we live and reshaping society.
Sign up for our newsletters!
Keep up with all the latest news, arts and culture, and TV highlights from KPBS.
LATEST IN PODCASTS
LATEST IN EVENTS
LATEST IN TV HIGHLIGHTS
More News