To say that the U.S.-Mexico border has inspired countless works of art and music isn't exactly right. Maybe "provokes" is a better word to describe what the border wall can do to some creative types.

In our latest season of "Port of Entry," a podcast about our lives here at the Western Hemisphere's busiest border crossing, we talked to artists and musicians whose cross-border lives have influenced who they are and what they make.

All of the border artists and musicians we talked to in this season have been through a lot to get where they are today. From struggles with addiction and mental health, to choosing family over fame, these artists from both sides of the border — San Diego and Tijuana — have turned their struggles and pain into their power.

Kinsee Morlan
Kinsee Morlan is an award-winning journalist who's covered arts and culture in San Diego and Tijuana since 2005. She produces KPBS' "Port of Entry" podcast and manages the rest of the station's podcasts. 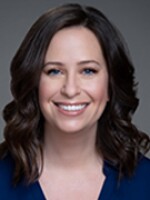 Emily Jankowski
Emily Jankowski served as the technical producer for the KPBS podcast department and the director of sound design for the KPBS podcast Only Here. Before podcasting, she was technical director for KPBS Morning Edition and KPBS Midday Edition. She holds a M.F.A. in sound design for theatre from the University of California San Diego. 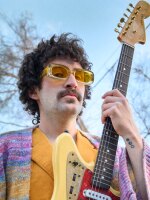 Alan Lilienthal
Alan Lilienthal is a musician and the co-host of “Port of Entry,” a KPBS podcast about cross-border culture and the people who shape it. His life’s mission is to melt borders and celebrate our shared humanity through art.
See stories by Alan Lilienthal 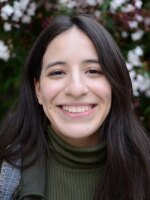 Natalie Gonzalez Rodriguez
Natalie Gonzalez is the co-host of ‘’Port of Entry” — a KPBS podcast. The podcast covers stories about cross-border people whose lives have been shaped by Tijuana and San Diego. Natalie has been working in news as an automated production control for NBC7 and Telemundo 20 for the past three years. She studied at Universidad Iberoamericana in Tijuana where she graduated from Communications and Media School. She is passionate about art and theater.
See stories by Natalie Gonzalez Rodriguez
More News